Real estate professionals say it’s all about “location, location, location.” For health-related claims, the FTC says it’s all about “substantiation, substantiation, substantiation.” Marketers of an electric device called Quell claimed their product could treat chronic and severe pain throughout the body caused by conditions as diverse as arthritis, nerve damage, sciatica, shingles, and fibromyalgia. And they said all that could be accomplished by placing their product on one single location below the knee. According to the FTC, the defendants made a number of false and unsubstantiated representations about Quell – including a false claim about the nature of the FDA’s clearance of the product.

Massachusetts-based NeuroMetrix advertised Quell through TV ads, online, via social media, and at major trade events like the Consumer Electronics Show. The product set consumers back between $250 and $300 plus the cost of electrodes, which had to be replaced approximately every two weeks at a cost of another $30. 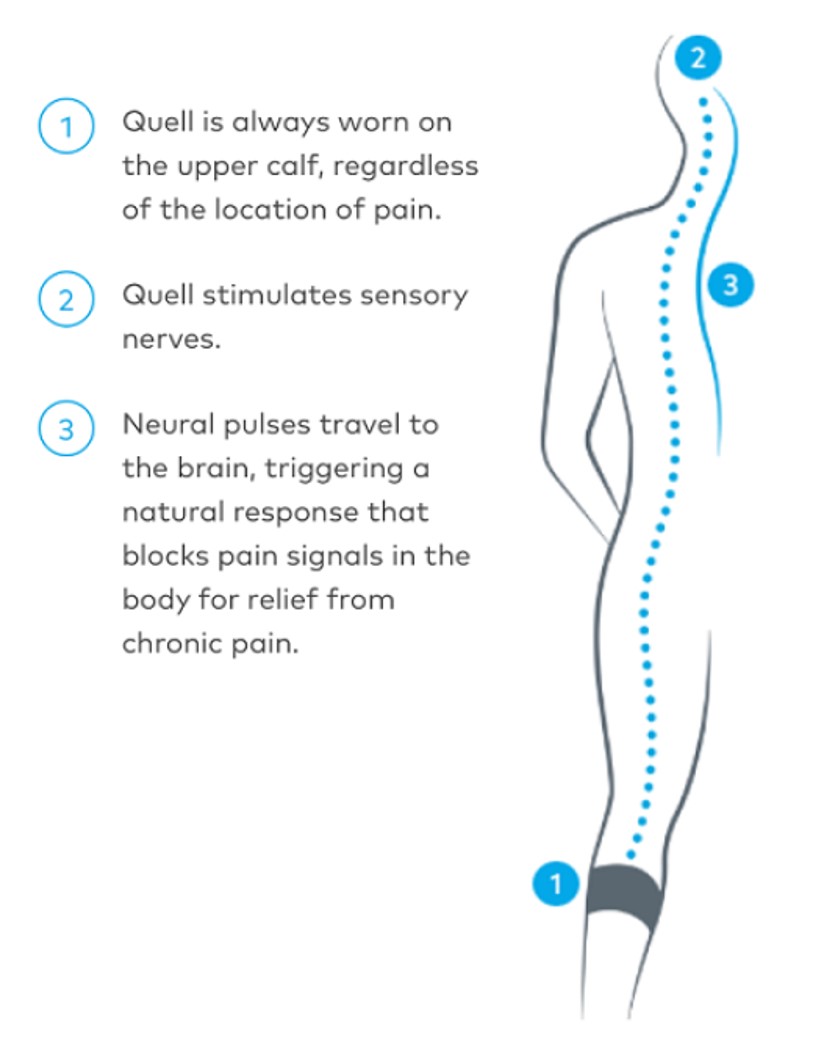 For people in chronic or severe pain, the company’s promises were impressive. The ads told consumers that by applying Quell to that one spot below the knee, “Neural pulses travel to the brain, triggering a natural response that blocks pain signals in the body for relief from chronic pain.” Using the device in that location would supposedly cause the release of “natural pain blockers” in the back, legs, feet, or anywhere else.

What’s more, the defendants got specific with the statistics, claiming that 81% of users achieved significant pain relief and 67% significantly reduced their pain medication. And according to promotional materials, the company had clinical studies to back up their promises.

But according to the FTC’s action against NeuroMetrix and CEO Shai Gozani, the defendants made multiple false or unsubstantiated representations about Quell, including that the company had clinical studies that supported their promises. You’ll want to read the complaint for a detailed analysis of the defendants’ purported proof – including concerns about sample size, duration, and inadequate controls.

The FTC also alleged that NeuroMetrix falsely claimed that its device was FDA-cleared for the purposes conveyed in the ads. As the complaint explains, Quell is a TENS device – a kind of technology cleared by the FDA to provide relief when placed at the site of the pain. But according to the FTC, the FDA has never cleared Quell to provide from one application site below the knee the kind of widespread relief from chronic or severe pain caused by various medical conditions.

Methodology matters. It’s not enough for advertisers to “have a study.” The FTC will look at the clinical testing in question to determine if the methodology and results are sufficient to support the claims in the ad.