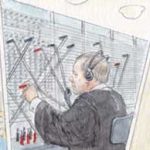 The Supreme Court on Monday expanded the amount of time for oral argument in the constitutional challenge to the Affordable Care Act that the justices will hear this fall. In a brief order, the court granted a request from the House of Representatives to lengthen the Nov. 10 argument. The court allocated 40 minutes to each side, up from the usual 30 minutes per side.

The justices also granted requests from the House and the Trump administration to participate in the argument. On the side defending the health law, a group of blue states — led by California — will have 30 minutes of argument time, and the House will have 10 minutes. On the side challenging the law, a group of red states — led by Texas — will have 20 minutes, and the U.S. solicitor general will have an additional 20 minutes. The red states and the solicitor general’s office opposed the House’s request to expand the total argument time.

Also in Monday’s order, the court denied a request by Ohio and Montana to participate in the oral argument. Those two states filed a brief partially disagreeing with each side, saying that both sides have taken positions that “improperly aggrandize the power of one branch of government.” Ohio and Montana argue that the individual mandate is unconstitutional but that the court should leave the remainder of the ACA intact. They were hoping for 10 minutes of argument time to present that perspective.

The court has not yet announced how it will handle arguments when they resume on Oct. 5. During the spring, the justices canceled in-person arguments in light of the coronavirus pandemic and held arguments via teleconference, with a live audio stream provided to the public.

Categories   Featured, Cases in the Pipeline