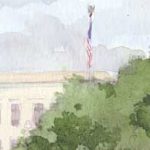 This week we highlight cert petitions that ask the Supreme Court to decide the constitutionality of a Kansas law on voter registration and a California law on union organizing. Schwab v. Fish involves a Kansas law that requires documentary proof of U.S. citizenship in order to register to vote. Two lawsuits, later consolidated, maintained that the requirement violates the 14th Amendment by burdening the right to vote and is preempted by the National Voter Registration Act. Section 5 of the NVRA, the “motor voter” provision, requires states to include an application for voter registration within the application for a driver’s license that asks for only the “minimum amount of information necessary.” Kansas is seeking Supreme Court review after the U.S. Court of Appeals for the 10th Circuit struck down the proof-of-citizenship requirement.

In Cedar Point Nursery v. Hassid, a strawberry nursery is challenging a California regulation that allows union organizers to enter the private property of agricultural growers for up to three hours a day, 120 days a year. Under this regulation, organizers entered the nursery and conducted protests. The nursery’s owners argue that the regulation creates an unconstitutional taking under the 5th Amendment because it forces them to allow access to their property without providing compensation. The U.S. Court of Appeals for the 9th Circuit rejected that claim because the time restrictions did not grant organizers a complete right of access. Arguing that the courts of appeals are split on whether easements that are limited in time can be taken without just compensation, the nursery is asking the Supreme Court to weigh in.

These and other petitions of the week are below the jump:

Cedar Point Nursery v. Hassid
20-107
Issue: Whether the uncompensated appropriation of an easement that is limited in time effects a per se physical taking under the Fifth Amendment.

Schwab v. Fish
20-109
Issues: (1) Whether the Constitution prohibits Kansas from requiring applicants to provide proof of U.S. citizenship when registering to vote; and (2) whether Section 5 of the National Voter Registration Act of 1993 prohibits Kansas from requiring motor-voter applicants to provide proof of citizenship when registering to vote.

Andalusian Global Designated Activity Company v. Financial Oversight and Management Board for Puerto Rico
20-126
Issue: Whether the Employees Retirement System of the Government of the Commonwealth of Puerto Rico’s entitlement to future payments from statutorily mandated employer contributions to ERS’ pension system, though not fixed and calculable at the time of bankruptcy, is “property,” and the subsequent payments “proceeds,” within the meaning of Section 552(b)(1) of the Bankruptcy Code.

Big Port Service DMCC v. China Shipping Container Lines Co.
20-128
Issue: Whether the U.S. Court of Appeals for the 2nd Circuit erred in recognizing a cause of action for a party seeking to avoid arbitration and in concluding that courts have remedial power — untethered to any federal statute and unconstrained by the Supreme Court’s precedents governing the grant of injunctive relief — to issue injunctions against arbitration.

The post Petitions of the week: Voter citizenship, union organizing and more appeared first on SCOTUSblog.

Categories   Featured, Cases in the Pipeline