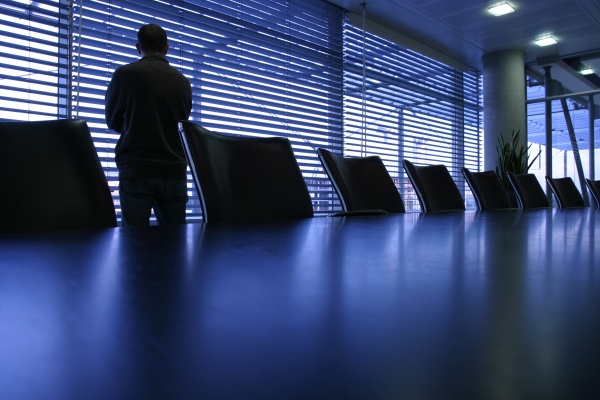 Amid post-YC Demo Day discussions and online “coffee” catchups, there is a lingering sense of dread among VCs — particularly junior VCs — about their own job security.

Over the past few days, I have heard rumors — and they are just rumors, for now — about three recognizable venture firms and how they are beginning to rethink staffing in the year ahead amidst the novel coronavirus pandemic. Two of those firms are in active discussion about potential exits with specific individuals, while another is nearing a decision to eliminate seven investors at the associate, principal and venture partner levels due to massive declines in their own predicted returns.

We are actively reporting this; feel free to reach out to me or other staffers at TechCrunch if you have tips here.

Nonetheless, it seems almost inevitable that an industry that has massively expanded its partnerships and junior staffs in the bull market of the past few years would suddenly need to rethink the exorbitant costs of all that salary overhead.

There are a couple of considerations here based on what I have been told by VCs. The first is that the pace of investing will slow down, allowing investors more time to do due diligence, plan and use their staffs more effectively, thus requiring fewer folks to do sourcing, analysis and customer calls.

Let me give three examples of the kind of speed we saw before and how that is changing today.

Take the news that Sequoia let go of its investment in Finix a little while back. We had heard that one of the causes for why the firm seemed to accidentally invest in a direct competitor to one of its most valuable portfolio companies, Stripe, is that the deal got done so quickly (I heard 48-72 hours from someone in a position to know, but let’s say a week or two) that there was limited time for diligence or even I guess competitive mapping in the process.

Or take the news that Kleiner Perkins raised a new fund two weeks ago, just a year after raising its last early-stage fund, having spent the entire investible capital in all of twelve months. Investing an entire fund like this in one year requires a huge and energetic staff to pull off.

Or finally, take a seed-stage company I was talking to a few weeks ago that closed its seed round and then met a top investor just a few days later — and that investor actually wrote another, richer-valued seed check almost immediately after the meeting. Why? So that the second seed investor didn’t have to compete for the inevitable Series A bakeoff.

That speed required VCs to have the staff to be able to process deals and diligence in real-time since another firm could lock in a round in a matter of hours. But with what looks like an almost certain slowdown in investing in the coming months, how many staffers will VC firms need, particularly if they have weeks to make investment decisions instead of mere hours?

Another consideration on staffing from what I have gathered — and one that almost no VC is willing to talk on or even off the record about — is that GPs have to immediately start husbanding their management fees for what might be a tricky few years of cash flow.

That might sound surprising, given that VC firms would seem to be among the most stable employers; after all, management fees built into fund docs are guaranteed by a formula for typically ten years. However, there are a couple of nuances that makes these funds more complicated than they might appear.

First, it’s generally reported that management fees are 2% of assets per year. That means that a $100 million fund has access to $2 million to pay overhead expenses every year. That general rule is both true and not true. Those fees are generally front-weighted to the early side of a fund’s lifecycle. A fund may pay out 2% fees in Years 1-5, but then decline to less than 1% by year ten.

That’s why maintaining a firm’s level of management fees generally requires them to consistently raise VC dollars in order to maintain their cash flow. That could be challenging with a looming economic depression and a tougher LP fundraising environment. If the time between funds lengthens from one year to two or even three years, plus if fund sizes get smaller to boot, the amount of management fees will decline accordingly.

Third, and this is rarer, some funds have made loans or real estate investments using their management fee income as a way to boost the salary returns of the general partners. Those financial arrangements drastically limit the flexibility around management fees in an economic downturn, and that can cause more acute pain than might otherwise be publicly visible.

The thinking goes then that carefully managing expenses today can protect those fee streams further in the coming years, providing more stability for the firm at the cost of some early unhappy news today.

There are a couple of other reasons beyond those two, and from what I can tell from my talks with VC sources, most VCs seem to be in a wait-and-see mode. But the discussions are starting to happen at least, even if no decisions have seemingly been made, at least to my knowledge. Which means that it is important to have open lines of conversation and start to understand a firm’s financial context and what the next few months might look like as everyone processes the new economic reality.