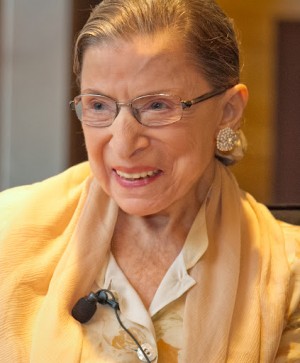 Justice Ginsburg says she is cancer-free

U.S. Supreme Court Justice Ruth Bader Ginsburg has told CNN that she is cancer-free after being treated for a malignant tumor on her pancreas. Ginsburg, long a civil procedure aficionado, has resumed an active schedule and displays renewed vigor. In oral arguments, she has been steering the debate by asking whether the court should decide issues before it. The approach could limit the conservative court’s reach. (CNN)

A California lawyer who told his opposing counsel in an email to “eat a bowl of dicks” had acknowledged to clients in a different case that he was going through a lot of stress, according to an article by the Recorder. Lawyer Christopher Hook told the clients in an email that his daughter had died in 2017 at age 1, and his wife was having a hard time on the anniversary of her birthday. Hook later sued the clients for unpaid legal fees and lost revenue. He had terminated his contract with the clients after they sought more time to raise money for his retainer. (The Recorder)

Defendant in wheelchair gets up and displays his anger

A defendant facing multiple charges became angry with a Michigan judge Monday and briefly rose from his wheelchair to show his displeasure. The defendant, Jeremy Schuh, 39, flipped over a heavy table before collapsing back into his wheelchair. He was angry because he said he needed time to go through pretrial motions. His lawyer had withdrawn from the case during the hearing, saying Schuh had drafted all his own motions and had refused to communicate with him. The lawyer, Walter White, told the court that Schuh was in the wheelchair after having a series of strokes. “I don’t know what his physical health is, but having represented him back in 2013, I know that he’s in a situation where he’s maybe not as strong as he used to be,” White said before the incident. (MLive.com, YouTube video)

A federal appeals court has upheld an injunction blocking the Trump administration’s public-charge rule. The 2nd U.S. Circuit Court of Appeals at New York ruled Wednesday. The rule would make it more difficult for immigrants to get legal residency if they receive or are likely to receive government assistance. The 2nd Circuit is the first appeals court to prevent enforcement of the rule. (Law.com, Courthouse News Service, 2nd Circuit order)

Updated on Jan. 10 to swap the order of the briefs.