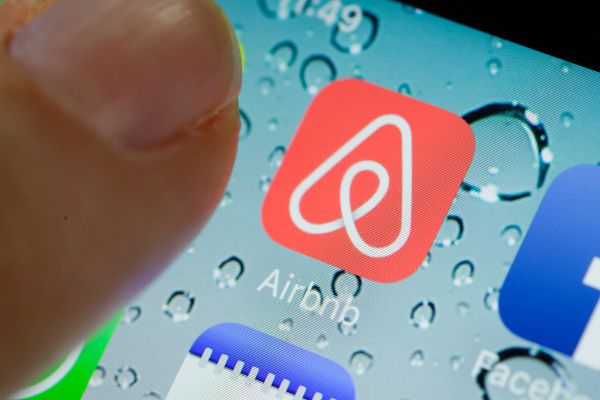 The European Commission announced yesterday it’s reached a data-sharing agreement with vacation rental platforms Airbnb, Booking.com, Expedia Group and Tripadvisor — trumpeting the arrangement as a “landmark agreement” which will allow the EU’s statistical office to publish data on short-stay accommodations offered via these platforms across the bloc.

It said it wants to encourage “balanced” development of peer-to-peer rentals, noting concerns have been raised across the EU that such platforms are putting unsustainable pressure on local communities.

It expects Eurostat will be able to publish the first statistics in the second half of this year.

“Tourism is a key economic activity in Europe. Short-term accommodation rentals offer convenient solutions for tourists and new sources of revenue for people. At the same time, there are concerns about impact on local communities,” said Thierry Breton, the EU commissioner responsible for the internal market, in a statement.

“For the first time we are gaining reliable data that will inform our ongoing discussions with cities across Europe on how to address this new reality in a balanced manner. The Commission will continue to support the great opportunities of the collaborative economy, while helping local communities address the challenges posed by these rapid changes.”

Per the Commission’s press release, data that will be shared with Eurostat on an ongoing basis includes number of nights booked and number of guests, which will be aggregated at the level of “municipalities”.

“The data provided by the platforms will undergo statistical validation and be aggregated by Eurostat,” the Commission writes. “Eurostat will publish data for all Member States as well as many individual regions and cities by combining the information obtained from the platforms.”

She also told us that municipalities can be defined differently across the EU — so it may not always be the case that city-level data will be available to be published by Eurostat.

In recent years multiple cities in the EU — including Amsterdam, Barcelona, Berlin and Paris — have sought to put restrictions on Airbnb and similar platforms in order to limit their impact on residents and local communities, arguing short term rentals remove housing stock and drive up rental prices, hollowing out local communities, as well as creating other sorts of anti-social disruptions.

However a ruling in December by Europe’s top court — related to a legal challenge filed against Airbnb by a French tourism association — offered the opposite of relief for such cities, with judges finding Airbnb to be an online intermediation service, rather than an estate agent.

Under current EU law on Internet business, the CJEU ruling makes it harder for cities to apply tighter restrictions as such services remain regulated under existing ecommerce rules. Although the Commission has said it will introduce a Digital Services Act this year that’s slated to upgrade liability rules for platforms (and at least could rework aspects of the ecommerce directive to allow for tighter controls).

Last year, ahead of the CJEU’s ruling, ten EU cities penned an open letter warning that “a carte blanche for holiday rental platforms is not the solution” — calling for the Commission to introduce “strong legal obligations for platforms to cooperate with us in registration-schemes and in supplying rental-data per house that is advertised on their platforms”.

So it’s notable the Commission’s initial data-sharing arrangement with the four platforms does not include any information about the number or properties being rented, nor the proportion which are whole property rentals vs rooms in a lived in property.

Both of which would be highly relevant metrics for cities concerned about short term rental platforms’ impact on local housing stock and rents.

Asked about this the Commission spokeswoman told us it had to “ensure a fair balance between the transparency that will help the cities to develop their policies better and then to protect personal data — because this is about private houses”.

“The decision was taken on this basis to strike a fair balance between the different interests at stake,” she added.

When we pointed out that it would be possible to receive property data in aggregate, in a way that does not disclose any personal data, the spokeswoman had no immediate response. (We’ll update this report if we receive any additional comment from the Commission on our questions).

Without pushing for more granular data from platforms the Commission initiative looks like it will achieve only a relatively superficial level of transparency — and one which might best suit platforms’ interests by spotlighting attention on tourist dollars generated in particular regions rather than offering data to allow for cities to drill down into flip-side impacts on local housing and rent affordability.

Gemma Galdon, director of a Barcelona-based research consultancy, called Eticas, which focuses on the ethics of applying cutting edge technologies, agreed the Commission move falls short — though she welcomed increasing transparency as “a good step”.

“This is indeed disappointing. Cities like Barcelona, NYC, Portland or Amsterdam have agreements with airbnb to access data (even personal and contact data for hosts!),” she told us.

“Mentioning privacy as a reason not to provide more data shows a serious lack of understanding of data protection regulation in Europe. Aggregate data is not personal data. And still, personal data can be shared as long as there is a legal basis or consent,” she added.

“So while this is a good step, it is unclear why it falls so short as the reason provided (privacy) is clearly not relevant in this case.”