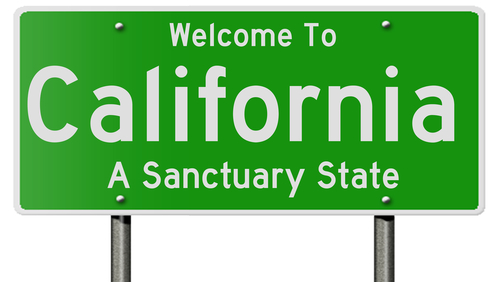 Image from from Shutterstock.com.

California’s Fourth District Court of Appeal said in its decision that the California Values Act is binding on the state’s 121 charter cities, including Huntington Beach, which refused to enforce it after it became law in 2017. The LA Times, San Francisco Chronicle and Courthouse News Service have coverage.

Huntington Beach, a coastal community with a population of 200,000, challenged the law in court, arguing it violated a section of the state Constitution that provides charter cities with authority over municipal affairs, the LA Times reports. California’s charter cities are governed by charters that are adopted by its voters.

An Orange County judge ruled in favor of Huntington Beach in September 2018, but in its reversal, the Fourth District Court of Appeal said the law “is narrowly tailored and does not intrude unnecessarily into municipal interests.”

“The legislature narrowly tailored the CVA to address legitimate public safety and other statewide concerns and not to thwart the ability of state and local law enforcement to transfer dangerous felons to federal immigration officials,” the court continued. “The CVA does not prohibit all local law enforcement activity related to immigration or a person’s immigration status, but only prohibits such activity to the extent necessary to resolve the statewide concerns identified by the legislature.”

When considering the law, the California State Assembly Committee on Public Safety summarized a University of Illinois study that found 44% of Latino respondents said they were less likely to contact police about a crime out of fear they would also be questioned about their immigration status, Courthouse News Service reports.

The Trump administration filed its own challenge to portions of law in March 2018, but it has so far been defeated at every stage of the appeals process. According to Courthouse News Service, the administration has now appealed to the Supreme Court.