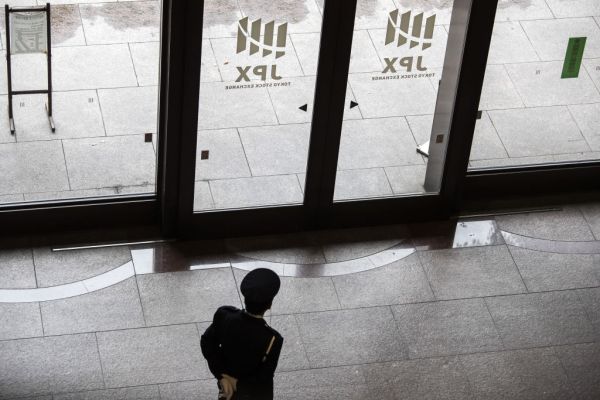 American stock markets plunged on Wednesday, after the World Health Organization officially declared the spread of COVID-19 a pandemic. In Asia, meanwhile, almost all the major stock indexes were also trading lower the morning after the WHO’s announcement, with the Asia Dow Index down 4% by midday.

Morning trading in East Asian markets was ongoing by the time President Donald Trump made an address in which he announced a 30-day travel ban from the European Union to the United States.

In Japan, the benchmark index, the Nikkei 225, had fallen 3.6% as of mid-afternoon. The Nikkei Jasdaq, seen as an index for smaller companies and startups, was down 3.4%. Both recovered slightly in the afternoon after a morning drop.

The FTSE Straits Times Index, the benchmark index for Singapore, fell 3.7% by early afternoon, while Taiwan’s TSEC was down 4%.

The Mumbai Sensex was down 6.8% as of late morning trading in India.