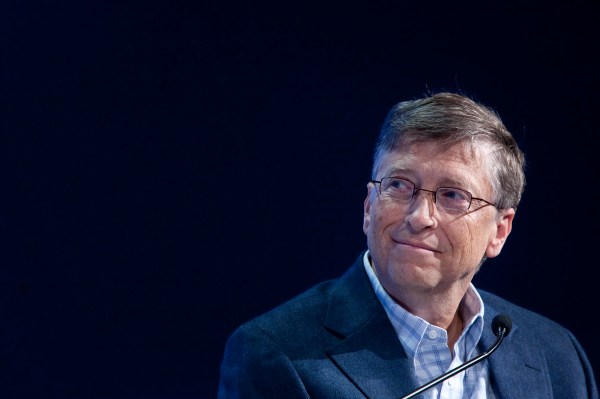 Bill Gates has stepped down from the board of Microsoft to spend more time on his philanthropic endeavors, the company announced Friday afternoon. Though he will remain technology advisor to CEO Satya Nadella, this move reduces his involvement with the company to the lowest level it has ever been.

Gates led Microsoft from the ’80s all the way through 2008, when he left to dedicate himself more fully to the Bill & Melinda Gates Foundation, through which he has channeled a great deal of his immense wealth toward global health concerns.

He remained on the board, however, and in fact chaired it until 2014. But starting today he will only be there as, presumably, something like a lucky charm and occasional auxiliary brain to Nadella and his crew.

“It’s been a tremendous honor and privilege to have worked with and learned from Bill over the years,” said Nadella in a Microsoft press release. “I am grateful for Bill’s friendship and look forward to continuing to work alongside him to realize our mission to empower every person and every organization on the planet to achieve more.”

While I shall not attempt a complete Gates/Microsoft retrospective at this time, it’s been an interesting journey to witness, to say the least. Microsoft has embodied the best and the worst of technology, sometimes simultaneously (it contains multitudes), and much of that was due to Gates’s indelible influence.

The Gates Foundation has been extremely influential as well, though in a quieter and more humane fashion. It may be that Gates’s second legacy will ultimately outshine his first.

The updated lineup on Microsoft’s board is as follows: