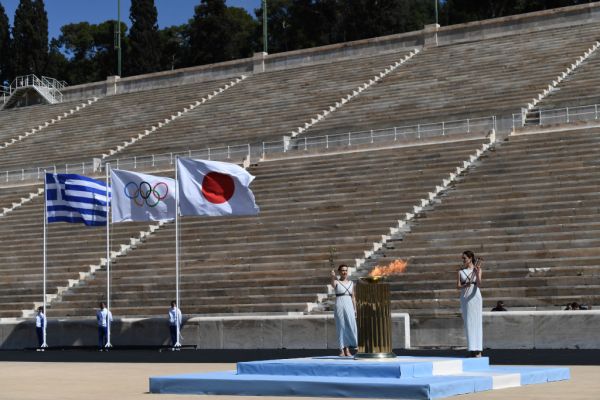 The Canadian and Australian announcements were made after the International Olympic Committee said on Sunday that it will make a decision on whether or not to postpone the games within the next four weeks.

In a letter to athletes, International Olympic Committee president Thomas Bach wrote, “together with all the stakeholders, we have started detailed discussions today to complete our assessment of the rapid development of the worldwide health situation and its impact on the Olympic Games, including a scenario of postponement.”

But the Canadian Olympic and Paralympic Committees called on the IOC to postpone the games for one year.

“With COVID-19 and the associated risks, it is not safe for our athletes, and the health and safety of their families and broader Canadian community for athletes to continue training towards these games,” they wrote. “In fact, it runs counter to the public health advice which we urge all Canadians to follow.”

In its statement, the Australian Olympics Committee said it “believes our athletes now need to prioritise their own health and of those around them, and to be able to return to their families, in discussion with their National Federations,” especially as travel restrictions are implemented by countries around the world.

The Summer Olympics, which take place every four years, have become an opportunity to gauge the adoption and impact of streaming technology. In 2016, the Summer Olympics in Rio de Janeiro, Brazil set new viewership records for a live-streamed event.

According to a report by Akamai Technologies (whose streaming technology was used by NBC), the 2016 Games were streamed for a total of 3.3 billion minutes, including 2.71 billion live-streaming minutes, with 100 million unique users watching the Games on a NBC Digital platform.

In addition to being a major sporting event, the Olympics are also a proving ground for new technologies, with robotics being a highlight of the 2020 Games. The Tokyo Olympics was supposed to give companies, including Toyota and Panasonic, a chance to show off new assistive and delivery robots, and demonstrate how they can fit into major events as well as daily routines.