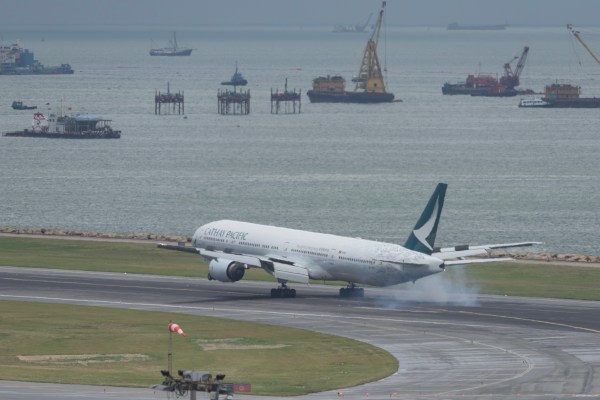 Cathay Pacific has been issued a £500,000 penalty by the UK’s data watchdog for security lapses which exposed the personal details of some 9.4 million customers globally — 111,578 of whom were from the UK.

The penalty, which is the maximum fine possible under relevant UK law, was announced today by the Information Commissioner’s Office (ICO), following a multi-month investigation. It pertains to a breach disclosed by the airline in fall 2018.

At the time, Cathay Pacific said it had first identified unauthorized access to its systems in March, though it did not explain why it took more than six months to make a public disclosure of the breach.

The failure to secure its systems resulted in unauthorised access to passengers’ personal details, including names, passport and identity details, dates of birth, postal and email addresses, phone numbers and historical travel information.

“The ICO found Cathay Pacific’s systems were entered via a server connected to the internet and malware was installed to harvest data,” the regulator writes in a press release, adding that it found “a catalogue of errors” during the investigation, including back-up files that were not password protected; unpatched Internet-facing servers; use of operating systems that were no longer supported by the developer; and inadequate antivirus protection.

Since Cathay’s systems were compromised in this breach the UK has transposed an update to the European Union’s data protection’s framework into its national law which bakes in strict disclosure requirements for breaches involving personal data — requiring data controllers inform national regulators within 72 hours of becoming aware of a breach.

The General Data Protection Regulation (GDPR) also includes a much more substantial penalties regime — with fines that can scale as high as 4% of global annual turnover.

However, owing to the timing of the unauthorized access the ICO has treated this breach as falling under previous UK data protection legislation.

Under GDPR the airline would likely have faced a substantially larger fine.

Commenting on Cathay Pacific’s penalty in a statement, Steve Eckersley, the ICO’s director of investigations, said:

People rightly expect when they provide their personal details to a company, that those details will be kept secure to ensure they are protected from any potential harm or fraud. That simply was not the case here.

This breach was particularly concerning given the number of basic security inadequacies across Cathay Pacific’s system, which gave easy access to the hackers. The multiple serious deficiencies we found fell well below the standard expected. At its most basic, the airline failed to satisfy four out of five of the National Cyber Security Centre’s basic Cyber Essentials guidance.

Under data protection law organisations must have appropriate security measures and robust procedures in place to ensure that any attempt to infiltrate computer systems is made as difficult as possible.

Reached for comment the airline reiterated its regret over the data breach and said it has taken steps to enhance its security “in the areas of data governance, network security and access control, education and employee awareness, and incident response agility”.

“Substantial amounts have been spent on IT infrastructure and security over the past three years and investment in these areas will continue,” Cathay Pacific said in the statement. “We have co-operated closely with the ICO and other relevant authorities in their investigations. Our investigation reveals that there is no evidence of any personal data being misused to date. However, we are aware that in today’s world, as the sophistication of cyber attackers continues to increase, we need to and will continue to invest in and evolve our IT security systems.”

“We will continue to co-operate with relevant authorities to demonstrate our compliance and our ongoing commitment to protecting personal data,” it added.

Last summer the ICO slapped another airline, British Airways, with a far more substantial fine for a breach that leaked data on 500,000 customers, also as a result of security lapses.

In that case, the airline faced a record £183.39M penalty — totalling 1.5% of its total revenues for 2018 — as the timing of the breach occurred when the GDPR applied.