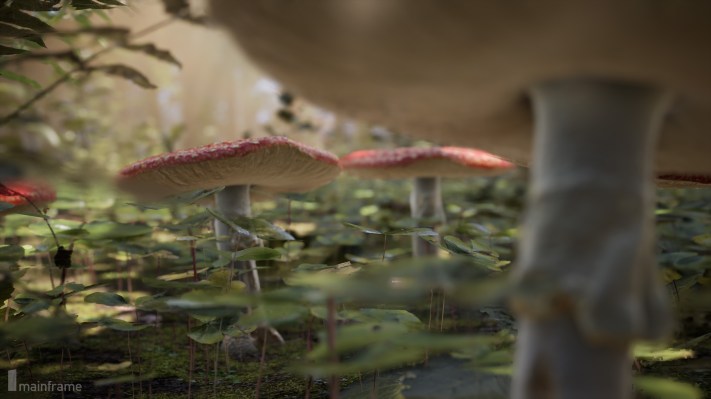 With most new social media startups seeming to dial in on specific communities to thrive in a still Facebook-dominated sphere, some of the more broadly focused social investments from top VCs are going into online gaming.

The latest is Mainframe Industries, a Nordic game studio building a massively multiplayer online title. The team doesn’t have much to share of what their title will actually look like gameplay-wise, they’re just saying its a sandbox MMO designed for cloud streaming built on Epic Games’ Unreal Engine.

The startup, which has offices in Helsinki and Reykjavik, isn’t building cloud gaming tech but is instead building an MMO title that’s designed from the get-go for streaming platforms like Google Stadia or Microsoft xCloud that beam a title to a user’s device from a cloud-hosted GPU. What does being a cloud-native game entail? Mainly, it seems to mean that they’re creating a social title that is as fully playable on mobile as it is on PC/console.

Building a robust mobile game that meets console/PC gamers expectations has been one of the more tenuous pursuit of the past decade, and one that has more often than not led to watered-down experiences. Mainframe CEO Thor Gunnarsson acknowledges that titles have sometimes catered to the “lowest common denominator,” but he believes that as game-streaming advances lower technical barriers, his team can focus wholly on solving the user experience challenges.

A big focus seems to be leveraging cross-play with more consistent experiences on differently powered devices thanks to cloud streaming. Gunnarsson believes his company’s approach to what occurs on the “social layer” of the title will be what differentiates them the most, though he is mum on details regarding what that will look like in their eventual release.

The startup has some big names supporting them in their quest. The startup announced today that they’ve closed an $8.1 million (€7.6M) Series A round led by Andreessen Horowitz. Riot Games, Maki.vc, Play Ventures, Sisu Game Ventures and Crowberry Capital also participated in the round.

Andreessen Horowitz, already having bet big on Roblox’s $150 million Series G last month, has been quite active in placing bets on smaller gaming startups in the past year or so, most of which have been made by GP Andrew Chen.

“We believe that cloud-native games are poised to revolutionize the entertainment industry in the coming years, yielding entirely new gameplay experiences and business models,” said Chen in a press release announcing the startup’s raise.

In some part, these investments highlight the belief of venture capitalists that online games like Fortnite may represent the future of social networks. They are also, however, platform bets that are rooted in early content plays, which can be notoriously difficult to pick winners in.

While Gunnarsson was quick to discuss how important he believed their title’s social platform would become, he was also just as quick to admit that building a great game was the most critical, “All of the platform stuff is ancillary to the prospect of creating a fun game, but we have really strong game design team.”

Games these days, particularly MMOs, are far from “finished” by launch. Gunnarsson plans to use this round of funding to reach a closed alpha of their title. He didn’t offer any timelines for launch as they’re only in pre-production now, but did say it certainly won’t be coming out this year.