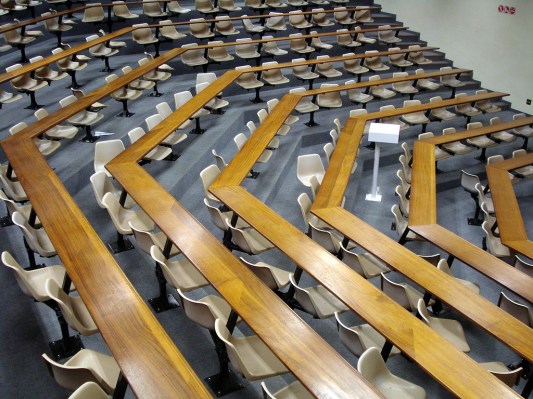 Two years ago, dormmates Justin Wenig and Nicholas Diao struggled to get into a popular computer science class at Columbia University. The duo eventually got into that class, but after the initial frustration around class scheduling, they decided “it was an obvious problem for a computer to solve.”

Wenig and Diao are the founders of Coursedog, a software startup that wants to create an operating system for universities to better schedule classes, professors and sections based on demand and interest. “Think of it,” Wenig said, “as a Superhuman for class scheduling systems.”

Today, Coursedog announced it has raised $4.2 million from a crop of investors, including First Round’s Josh Kopelman. The company did not disclose any other investors, and there were no board seats taken on during the financing round. The Y Combinator graduate’s total known venture capital funding is now $5.7 million. Investors in the company include FoundersX Venture, EFund and Jinal Jhaveri, the former CEO of SchoolMint, a school enrollment startup.

The funding will be used to build out Coursedog’s product line on projecting course demand, the correct number of seats a school should offer per course and student success.

“A lot of people think higher [education] is a slow institution, but institutions are really thinking about how to promote student success,” Wenig said in an interview with TechCrunch. But instead of adopting any technology, universities are careful about sharing protected data, he continued.

Competition-wise, Wenig said that Blackboard, a learning management startup, continues to be one of the two “big software tools within universities.” Coursedog sits on top of the other software tool: the student information system, used by administrators that need to plan student schedules.

After Wenig and Diao cold-called hundreds of colleges, Columbia Law School was the first contract signed. Since then, the startup has landed deals with more than 60 colleges and universities of all sizes.

Coursedog’s clientele fits a range. The smallest client, per Wenig, is the Laguna School of Art and Design, which has roughly 600 students. Wenig also noted they cater to a mix of public and private schools, with public schools often “being the most innovative.”

“A lot of states offer incentive-based funding,” Wenig said. “In Utah, the amount of funds you might get from the state as a public institution is directly proportional to how well you’re using your space on campus.” He claims that Coursedog helps improve graduation rates by getting more students into the right classes.

“Today, we are just building apps on top of the Student Information System to help schools with scheduling, curriculum planning and catalog publishing and are slowly eating away functionality that schools would normally be doing with spreadsheets and native to the SIS,” he noted.

Coursedog plans to scale to 100 more universities in the next year, and will use the new funding to help “grow up” its production.