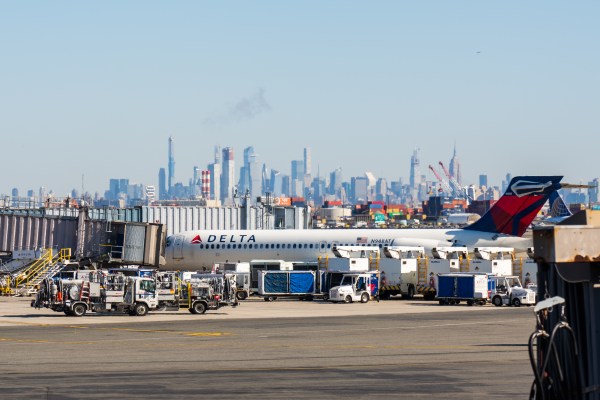 Industries across the spectrum are struggling to meet the challenges that the current Coronavirus outbreak presents. Few, though, are as immediately impacted as the airlines (and all the third-party companies that provide services to them), which have seen an immediate and drastic reduction in demand.

As Delta CEO Ed Bastian noted in a letter to the company’s staff today, the company is now seeing more cancellations than new bookings over the next month. And as a result of this, Delta now expects a capacity reduction of 40 percent in the next few months, “the largest capacity reduction in Delta’s history, including 2001.” Only a few days ago, Delta was looking at a 15 percent capacity cut.

Unlike some of its competitors, including United and American, Delta says it is also eliminating all of its flights to continental Europe for the next 30 days (and that could still be extended). For Delta, this means parking 300 aircraft. The company has also announced a hiring freeze and is now offering voluntary unpaid leaves, too.

“We’ll be making more critical decisions on our response in days to come,” Bastian writes. “The situation is fluid and likely to be getting worse. But what hasn’t changed is this: Delta remains better-positioned to weather a storm of this magnitude than ever before in our history. We’ve spent a decade building a strong, resilient airline powered by the best professionals in the business. We will get through this, and taking strong, decisive action now will ensure that we are properly positioned to recover our business when customers start to travel again.”

Delta isn’t alone in this move. American Airlines has reduced its international capacity by 34 percent. Lufthansa already said it’s planning to reduce capacity by 50 percent and potentially grounding all of its A380s. Discounter Norwegian has furloughed half of its staff and grounded 40 percent of its long-haul fleet.

The way things are going, the airline industry will look quite different once this crisis ends. For Delta especially, this is a far cry from keynoting CES and introducing a bunch of new technology solutions. Only a few months ago, after all, the airline industry was still in the middle of a boom. Now, the focus isn’t on shiny new tech but simply making it through the next few months.