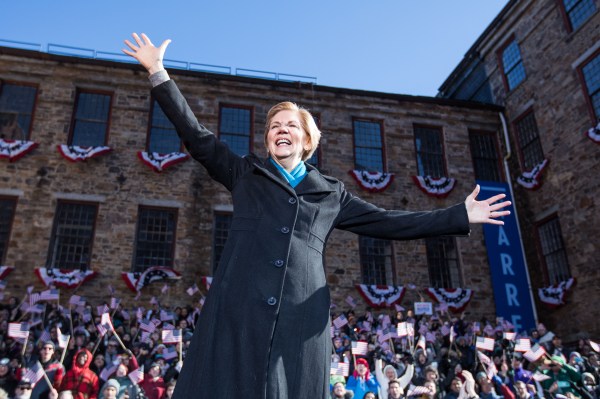 After a campaign characterized by early stratospheric highs and devastating recent lows, Massachusetts senator Elizabeth Warren has dropped out of the 2020 Democratic race.

Warren vaulted to the top of the contest in mid-2019, attracting attention and support by rolling out early, thoughtful plans for a myriad of campaign issues. That included tackling the recent hot button conversation around regulating big technology companies head on. The position was so central to her platform that Warren released an entire Medium post laying our her position and supporting arguments all the way back in May 2019.

“Today’s big tech companies have too much power — too much power over our economy, our society, and our democracy,” Warren wrote at the time. “They’ve bulldozed competition, used our private information for profit, and tilted the playing field against everyone else. And in the process, they have hurt small businesses and stifled innovation.”

Warren favored unwinding tech’s biggest acquisitions, including separating Amazon from Whole Foods, Facebook from WhatsApp and Instagram, and Google from Waze and Nest. Unlike her close ally turned 2020 rival Vermont senator Bernie Sanders, Warren didn’t denounce capitalism altogether, instead pushing for a vision of a more regulated industry in which “healthy competition” among tech companies could flourish.

Warren’s campaign raised early red flags for tech’s giants, which are now recalibrating for the threat from Sanders.

Through the 2020 race, the elite upper echelons of tech — executives, venture capitalists and the like — sought a moderate alternative to the economic upheaval they feared would be bad for business, even as their own workers aligned with the contest’s most progressive candidates.

With only two candidates left in the race, Sanders will carry the torch holding big tech’s feet to the fire. And while Silicon Valley took an early interest in Pete Buttigieg, former Vice President Joe Biden has emerged as the post-Super Tuesday candidate for tech’s status quo.

Still, Sanders doesn’t target tech with the same laser-focused specificity as Warren did, instead lumping tech in with his distaste for centralized wealth accrued elsewhere. In a January interview, Sanders even noted that “it is not just the big tech companies” that have profited from lax antitrust regulation, steering the conversation to Wall Street, his favorite foil.

Amazon is an exception. Sanders has a historic dislike of Amazon, which he occasionally extends to Bezos-owned Washington Post, speculating about “why The Washington Post, which is owned by Jeff Bezos, who owns Amazon, doesn’t write particularly good articles about me” — an ongoing, unfounded criticism he shares with President Trump. Last month, the Vermont senator joined Warren and 13 other Democratic senators in a letter decrying Amazon’s “dismal safety record” and calling for for Amazon CEO Jeff Bezos to “overhaul this profit-at-all-costs culture at your company.” The letter followed a report from the Atlantic about Amazon’s track record on worker injuries. Sanders has also proposed higher progressive corporate tax rates on companies “with large gaps between their CEO and median worker pay.” Those tax hikes would apply to companies with a yearly revenue greater than $100 million.

Tech may not fall directly in his crosshairs as often, but the democratic socialist’s signature message is a natural enemy of power brokers in the tech industry, which has consolidated an unprecedented amount of power and capital in American society. Sanders has openly denounced tech’s “monopolistic tendencies” and has long criticized Amazon’s treatment of its rank-and-file workers while pushing for strong unions — increasingly a hot button issue for tech, as the organized labor movement and rise in worker activism make headlines in the tech community.

Whatever happens in the race, the Democratic party’s leftmost flank will have to soldier on without Warren. Her days in the contest are over, but the candidate who Mark Zuckerberg feared would pose an “existential” threat to Facebook left an indelible mark on the 2020 race that neither her supporters nor detractors are likely to forget any time soon.