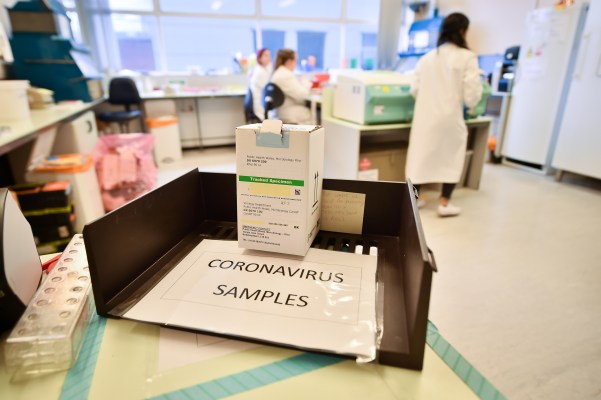 The U.S. Food and Drug and Administration has granted emergency approval for use of a new test that can increase the range of testing patients by up to 10 times compared to methods in use currently, Bloomberg reports. That speed improvement refers specifically to the technical capabilities of the testing process, meaning access to testing is still a separate issue, but it is the first commercially available test that has received emergency approval and for which equipment exists in fairly high volume across the U.S.

Testing is a core component of the effort to combat and control the spread of COVID-19, since those affected by the virus display a wide range of symptoms, and many could be carriers with only very mild external signs of the disease. Having effective and broadly available testing methods, that can test a high volume of patients per day, is a key part of any defense strategy since it means more effectively identifying the scope of affected populations and reinforcing the need for mitigation strategies like social isolation and distancing.

These new tests granted emergency approval can test up to 1,440 patients per day on an earlier generation of Roche’s testing hardware, or as many as 4,128 on a later iteration. Bloomberg notes that there are roughly 110 of these machines across both generations available in the U.S., and that more are being installed in “significant” volume in recent weeks as response efforts ramp up. These tests use analysis of patient saliva and mucus to determine if a patient has contracted a known coronavirus strain.

Access to coronavirus testing in the U.S. has been heavily criticized by healthcare professionals and experts to date, including at a congressional hearing this week. Observers have noted that countries that seem to have been able to bend the exponential curve of infection, including South Korea, China and Japan, have all done so in part supported by excellent and widespread testing available in high volume. This newly approved test should help private labs increase the availability of testing in the U.S., but it’s not yet clear exactly how that will play out in terms of the actual rate of U.S. patient testing in practice.