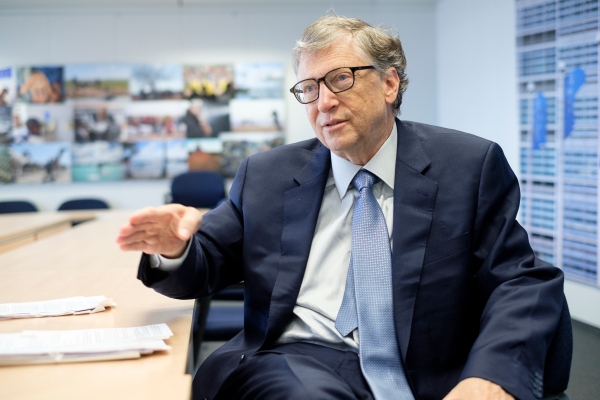 A project funded by the Gates Foundation will soon begin issuing at-home testing kits for the novel coronavirus, COVID-19, according to a report in the Seattle Times.

The study, based on a nose-swab should be able to return results in up to two days and will be shared with health officials who can then notify people who test positive. Individuals who have been infected will then be encouraged to answer an online questionnaire to give health officials information about their movements so that those officials can identify and notify other people who may need to be tested or quarantined, according to the Seattle Times report.

“Although there’s a lot to be worked out, this has enormous potential to turn the tide of the epidemic,” Scott Dowell, who leads the coronavirus response effort from the Bill & Melinda Gates Foundation told the Seattle Times.

There’s no clear timeline for the project’s launch as the Foundation looks to finalize the supporting software and draft a final questionnaire for people who request the tests. The Foundation estimates that it could run up to 400 tests per-day, according to Dowell.

The Gates Foundation isn’t the only entity moving quickly to develop at home test kits. In a Twitter thread on Saturday, serial healthcare entrepreneur Jonathan Rothenberg outlined a similar approach, and is apparently now in discussions with a manufacturer on how to bring it to market.

Seattle and the surrounding area has been the epicenter for the coronavirus outbreak in the U.S. The state has confirmed 71 cases and 15 deaths from the disease as of Saturday. At least one health expert estimates that Seattle could have as many as 600 cases, based on computational modeling.

“One of the most important things from our perspective, having watched and worked on this in other parts of the world, is the identification of people who are positive for the virus, so they can be safely isolated and cared for, and the identification of their contacts, who can then be quarantined,” Dowell told the Seattle Times.

The project to do develop at-home testing evolved from a two-year-old research project from the University of Washington that was intended to track the spread of diseases like influenza, according to the Times reporting.

All told, the Gates Foundation has poured about $20 million into the effort. The foundation has also committed $5 million to the local response efforts to combat the disease in the area — including the expansion of testing and analysis.