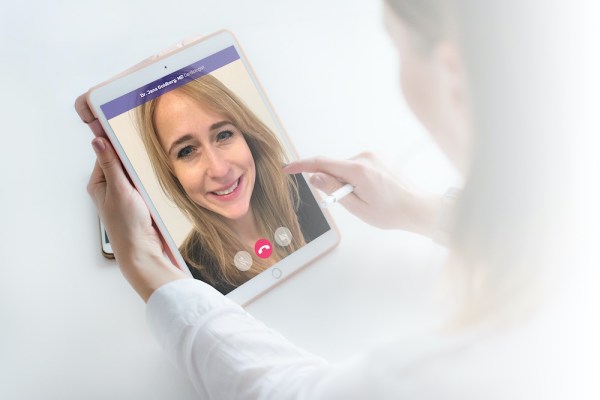 While you’ve probably spent a lot of today thinking about the COVID-19 pandemic, it’s worth remembering that other health issues aren’t going away — and that heart disease remains the leading cause of death in the United States.

Heartbeat Health is a startup working to improve the way that cardiovascular care is delivered, and it announced today that it has raised $8.2 million in Series A funding.

Dr. Jeffrey Wessler, the startup’s co-founder and CEO, is a cardiologist himself, and he told me that he “stepped off the academic cardiology path” about three years ago because he “saw some of the work being done in digital health space and became incredibly enamored of doing this for heart health.”

Wessler said that the delivery methods for cardiovascular care remain largely unchanged. To a large extent because that’s because the existing model works, but there’s still room to do better.

“As of the last seven or so years, we’re in a new era where we’ve figured out how to treat people well once they get sick,” he said. “But we’re doing a very bad job of keeping them healthy.”

To address that, Heartbeat Health has created what Wessler described as a “digital first” layer, allowing patients to talk with experts via telemedicine, who can then direct them to the appropriate provider — who might be a “preferred Heartbeat partner” or not — for in-person care.

This initial interaction can help patients avoid “a lot of inefficiencies,” he said, because it ensures they don’t get sent to the wrong place, and “kick[s] things off right with evidence-based, guideline-based testing, so that they’re not just falling into the individual practice habits of random doctors.”

In addition, Heartbeat Health tries to collect all the relevant heart data (which might come from wearable consumer devices like an Apple Watch or Fitbit) in one place, and to track results about which treatments are most effective.

“Ultimately, we want to be the software, the technology powering it all, but we don’t want to leave any patient behind at the beginning,” Wessler said.

He added that the program works with most commercial insurance and is already involved in the care of 10,000 New York-area patients. And apparently it’s been embraced by the cardiologists, who Wessler said always tell him, “We’ve been waiting for that layer to come in and unify this incredibly fragmented system, as long as it works with us and not against us.”

The funding was led by .406 Ventures and Optum Ventures, with participation from Kindred Ventures, Lerer Hippeau, Designer Fund and Max Ventures.