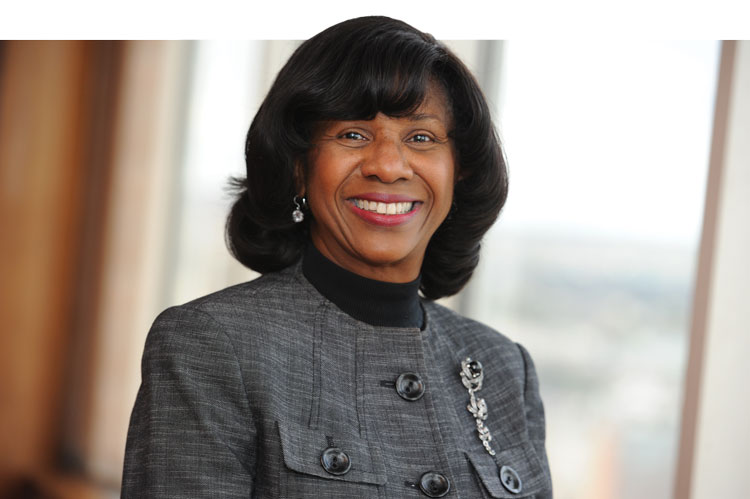 Paulette Brown: “I think it is difficult to be complacent, and that difficulty will increase as more women of color move to in-house positions.” Photo courtesy of ABA Media Relations

Intersection is a column that explores issues of race, gender and law across America’s criminal and social justice landscape.

“Diversity prop” was how attorney Sharika Robinson summarized her experience at North Carolina-based Robinson, Bradshaw & Hinson in the race and gender discrimination complaint she filed against the firm. Robinson, an African American former associate, accused the firm of being a “good ol’ boys club” that tried to project an image as a diversity “trailblazer” to clients while marginalizing women and lawyers of color.

In a statement, Robinson, Bradshaw & Hinson denied Robinson’s claims and affirmed its commitment to diversity and inclusion. Sharika Robinson reached a confidential settlement with the firm in July.

Instead of feeling like valued employees, women and lawyers of color often feel like “diversity props” or window dressing—tokens of diversity but without the inclusion. It’s one thing to be featured at recruitment events and in marketing glossies; it’s another to be introduced to a valued client and given substantive work that will propel your career. Many minorities and women working in law understand their situational relevance and describe feelings of being systemically overlooked by colleagues, partners and managers—whether through benign neglect or intentional avoidance.

Perhaps scarcity breeds neglect. The National Association for Law Placement’s 2018 Report on Diversity shows minority women continue to be the most drastically underrepresented in U.S. law firms, particularly at the partnership level. Another disheartening stat: Eighty-five percent of women of color leave BigLaw within seven years.

And despite fractional increases in recent years, representation of black associates at firms remains below pre-recession levels.

As law firms struggle to find ways to not just recruit diverse attorneys but to retain them, Sheppard Mullin Richter & Hampton partner David Douglass makes the case that promoting diversity should be codified in the ABA Model Rules as an ethics obligation for lawyers and law firms, arguing that “every lawyer has a professional duty to undertake affirmative steps to remedy de facto and de jure discrimination, eliminate bias, and promote equality, diversity and inclusion in the legal profession.” (See “Just Actions, Not Just Words.”)

In an upcoming report, the ABA Commission on Women in the Profession will release research on long-term careers for women of color in the law. Not surprisingly, one finding of the study is that minority women who have stayed in the profession for 15 years or more face challenges that include being perceived as less competent, having less access to prime work assignments, lacking mentors and sponsors, and pay inequity, says study co-chair Paulette Brown, the first African American female president of the ABA.

“Many firms struggle with retention, particularly women of color,” notes Brown, senior partner and chief diversity and inclusion officer at Locke Lord. But she sees a future where firms are more incentivized to tackle diversity issues. “I think it is difficult to be complacent, and that difficulty will increase as more women of color move to in-house positions. And it’s not just limited to women of color. There are others who are very interested in providing more opportunities to diverse attorneys.”

Over the years, general counsel have demanded more accountability from firms to promote diversity. In 2017, HP instituted a diversity holdback that allows the company to withhold up to 10% of billed invoices from law firms that don’t meet or exceed minimum requirements for diverse staffing. That same year, the ABA House of Delegates passed Resolution 113, calling on corporate legal departments to use their purchasing power to increase economic opportunities for diverse attorneys. In 2019, a group of 200-plus GCs signed an open letter to law firm partners warning that they planned to direct business to firms “that manifest results with respect to diversity and inclusion,” noting that “partnership classes remain largely male and largely white.” Authors of the open letter pondered whether “you and your partners value diversity enough to put into place programs to develop, promote and retain talented and diverse attorneys.”

That certainly is the million-dollar question that has resonated for decades, as law remains one of the least inclusive professions in America. The arcane partnership structure has made changing the paradigm toward inclusion painstakingly difficult. However, the myriad consultants, toolkits, research and training opportunities in this area indicates that where there’s a will, there’s a way.

The business case for diversity has already been made, proved by every study done on the subject, including seminal research by McKinsey & Co. that shows the correlation between ethnic and cultural diversity and profitability. Similarly, a study by market research house Acritas found that law firms with “very diverse teams” received a 25% greater share of legal spending than nondiverse teams.

Savvy firms understand that diversity not only leads to better outcomes, but can earn more business.

But not everyone is receptive to that message. Entrenched tribal patronage has meant that many in charge are willing to act against interest by failing to take steps to enact real change. That’s certainly one way to go—but it’s a strategy that may not work for the long game.

An unfinalized draft of “Inclusion Illusion” inadvertently ran in the print version of the ABA Journal.

The Journal regrets the oversight.