Instagram is finally preparing to copy Snapchat’s most popular feature, and one of the few it hasn’t already cloned. Instagram has prototyped an unreleased ephemeral text messaging feature that clears the chat thread whenever you leave it, a Facebook spokesperson confirms to TechCrunch. That could make users more comfortable with having rapid-fire, silly, vulnerable, or risque chats, thereby driving up the reply notifications that keep people opening Instagram all day long.

Instagram already has disappearing photo and video messaging which it launched in February 2018 to let users choose if chat partners can “view once”, “allow replay” multiple times for a limited period, or “keep in chat” permanently. Technically you could use the Create mode for overlaying words on a colored background to send an ephemeral text, but otherwise you have to use the “Unsend” feature which notifies other people in the thread.

But today, reverse engineering specialist and TechCrunch’s favorite tipster Jane Manchun Wong unearthed something new. Buried in the code of the Android app is the a new “🙊” mode, labeled in the code with the ‘speak-no-evil’ monkey emoji.

When users enter this mode by swiping up from Instagram Direct message thread, they’re brought to a dark mode messaging window that starts as an empty message thread. When users close this window, any messages from them or their chat partners disappear. The feature works similarly to Snapchat, which clears a chat after all members of a thread have viewed it and closed the chat window.

The ephemeral messaging feature is not currently not publicly available but a Facebook spokesperson confirms to me that they are working on it internally. “We’re always exploring new features to improve your messaging experience. This feature is still in early development and not testing externally.” The company later tweeted the confirmation. They gave no indication of a timeline for if or when this might officially launch. Some features never make it out of the prototype phase, but others including many spotted by Wong end up being rolled out several months later. 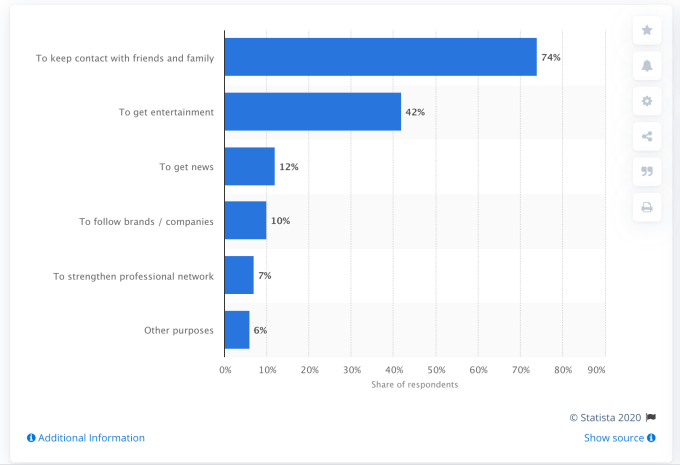 But ephemeral messaging has kept Snapchat relevant. Back in late 2017, just 51 million of Snapchat’s 178 million users were posting Stories per day, and that was when Instagram Stories was still in its first year on the market. According to Statista, Snapchat’s top use case is staying in touch with friends and family, not entertainment.

Instagram Stories caused Snapchat to start shrinking at one point, but now it’s growing healthily again. That may signaled that Instagram still had more work to do to steal Snap’s thunder. But Instagram’s existing version of ephemeral messaging that is clunkier, Facebook scrapped a trial of a similar feature, and WhatsApp’s take that started testing in October hasn’t rolled out yet.

That’s left teens to stick with Snapchat for fast-paced communication they don’t have to worry about coming back to haunt them. If Instagram successfully copies this feature too, it could reduce the need for people to stay on Snapchat while making Instagram Direct more appealing to a critical audience. Every reply and subsequent alert draws users deeper into Facebook’s web.