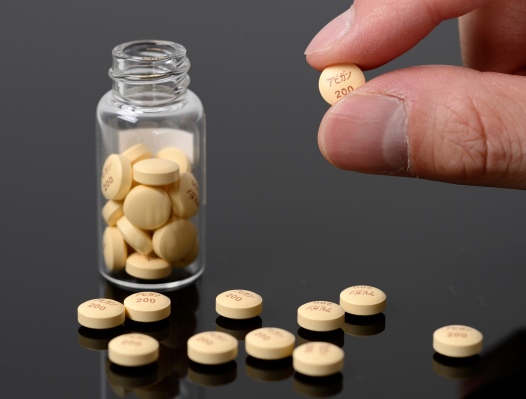 Japanese-made flu drug favipiravir (also known as Avigan) has been shown to be effective in both reducing the duration of the COVID-19 virus in patients, and to have improved the lung conditions of those who received treatment with the drug, based on results of clinical trials conducted with affected patients in both Wuhan and Shenzhen by Chinese medical authorities.

The trials involved 340 patients in total, and since they drug has already been developed and approved for use in treating flu, it has a “high degree of safety,” according to China science and technology ministry official Zhang Xinmin, who spoke to reporters on Wednesday according to The Guardian. The tests showed a reduction in the period during which patients tested positive for the new coronavirus from 11 days down to just four, and showed improvements in the lung condition of around 91 percent of patients treated with favipiravir, compared to just 62 percent for those without among the trial participants.

The Chinese studies are not the only attempt to test the efficacy of the drug in COVID-19 treatment – Japanese doctors are bonding their own studies. A Japanese health ministry source told Japanese newspaper the Manichi Shimbun that the drug so far has been given to around 70 to 80 people, but that early results suggest it isn’t effective in treating those with more severe symptoms where the virus has already multiplied to a much greater extend.

Still, a treatment that is effective in reducing the duration of the presence of the virus even in milder cases, and in lessening the impacts in moderate symptomatic patients, would be a huge benefit to the ongoing fight against the coronavirus. Any approvals for use of favipiravir would of course require further clinical testing, followed by approval of widespread use by each country’s relevant medical treatment regulating body.

Other drug treatments have been tested for COVID-19 treatment, and are in the process of development, but no antiviral has yet been approved or created specifically for dealing with the new coronavirus. Other drugs that have shown early promising signs include remadesivir, a compound developed by Gilead Sciences that has shown some promise as a general antiviral.