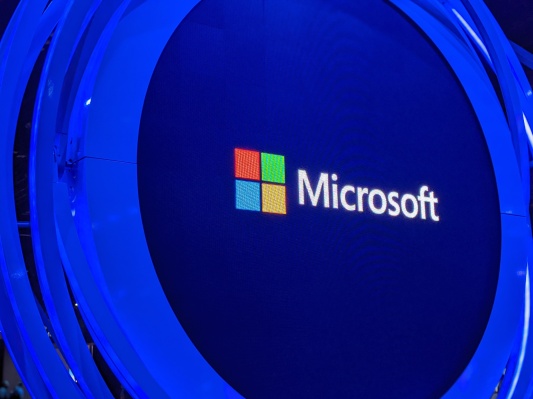 Today Microsoft announced that its Teams product, a Slack competitor and likely beneficiary of the COVID-19 remote work boom, has reached 32 million daily active users (DAUs). The new figure represents a huge gain on the number Microsoft shared in November 2019, when the product had 20 million DAUs.

Slack, Microsoft’s arch-rival in this particular niche of the productivity space, last announced 12 million DAUs in October of 2019. Of course, as Slack has also grown since the start of Q4 2019, that figure is dated.

Microsoft and Slack have been locked in a competition to build the biggest internal-work chat service since Teams’ launch in late 2016 — it’s a rivalry I’ve written about since early 2017. The strife has a rich history, including a reported decision to not buy Slack by Microsoft’s brass, and an open letter from the then-private upstart that took aim at its older, larger rival when it brought Teams to market.

It’s a fun rivalry to track, with a cool, Silicon Valley-popular unicorn taking on Microsoft, a decreasingly uncool enterprise behemoth.1

But for Slack, the Teams news comes at an unwelcome time. Its share price has been under fire lately, with investors repricing it to lower and lower revenue multiples. The implication is that the public markets are expecting the company to grow more slowly over time, generating less future cash.

(Reviewing Slack’s earnings transcript it appears that the company is conservatively discussing its future as it watches product usage grow ahead of product revenue; we’ll know a hell of a lot more after its next earnings report which will include the post-usage revenue result of the COVID-19 era. Ironically its Microsoft’s CEO Satya Nadella who likes to say that “revenue is a lagging indicator, usage is a leading indicator.”)

Teams is likely part of investor reaction to Slack’s numbers, given that Microsoft is aggressively working to grow its mind- and marketshare in Slack’s market. The Big Five firm recently launched an ad campaign for Teams, to pick an example. And it’s dropping new DAU figures pretty quickly after the smaller company’s earnings were poorly received by Wall Street.

Microsoft didn’t announce the new DAU figure by itself. The company also detailed a number of new Teams features, including “noise suppression” for calls, a “raise hand” feature that lets users better juggle whose turns it is to speak, the ability to break-out discrete chats into smaller windows, “offline and low-bandwidth support,” along with a few integrations. (Bits of that should sound familiar, Zoom has a hand-raise feature for example.)

Slack has made noise in the past about what daily active users means as a concept, underscoring how active its users are at the same time. Microsoft detailed how it counts DAUs in a blog post today, saying that it requires a user to make an “intentional” action inside a 24-hour period, including “sending or replying to a chat, joining a meeting, or opening a file,” while discounting “passive actions like auto boot, minimizing a screen, or closing the app.”

That seems pretty reasonable. But I’m less convinced by the how active are the DAUs discussion due to differences in userbase targeting. Microsoft has spoken repeatedly about how it wants to help non-office workers stay in touch with Teams. Today it discussed how it’s working towards “bringing technological solutions to traditionally underserved professionals, including first-line and healthcare workers.” I’d hazard that those workers are, on average, less active on an internal chat app during the day than, say, your local startup employee.

Wrapping as we’ve said enough for today, it’s worth keeping in mind that there is room in this market for a few players. From our current point in time, it seems unlikely that either Slack or Teams will take the whole market. Not that they aren’t trying, naturally.