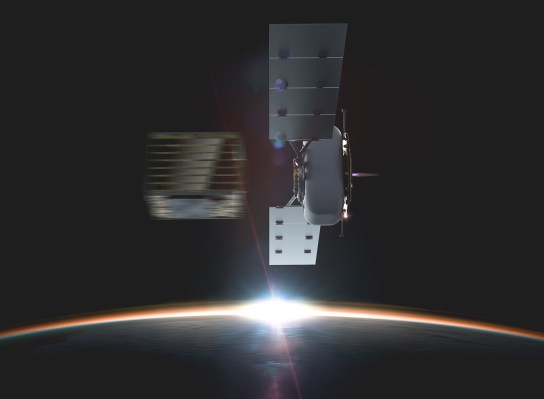 The launches include five trips to Sun-Synchronous orbit and one to mid-inclined low Earth orbit, and after delivery, Momentus’ small space shuttles will carry customers’ payloads to customized drop-off altitudes and orbits.

The company’s Vigoride vehicles already have customers including Steamjet, NuSpace and Aurora Space Technologies, according to a statement from the company.

The company is part of a growing number of last-mile shuttle services — in space. The idea is to create more customized and less-crowded orbiting options for satellite companies as the number of satellites encircling the Earth proliferate.

“We hope to show that ridesharing from the Falcon 9 will be a game-changer. By ferrying  payloads to multiple orbits from a single launch, we multiply the capability of an already impressive system that has revolutionized access to space,” said Mikhail Kokorich, the chief executive officer of Momentus, in a statement.

The Vigoride vehicle can carry up to 300 kilograms of customer payload to various altitudes, orbits, and orbital planes, the company said in a statement. Its shuttle service can boost the range of drop-off orbits for SpaceX rideshare customers to altitudes ranging from 300 kilometers to 1200 kilometers for mid-inclined orbit and Sun synchronous orbits, the company said.

For customers, the functionality means opportunities to synchronize surveillance so satellites can capture images of a particular location at the same time of day — potentially making analytics and data easier to manage.

To date, Momentus has raised $50 million in venture funding from investors including Mountain Nazca, Quiet Capital, and Y Combinator.