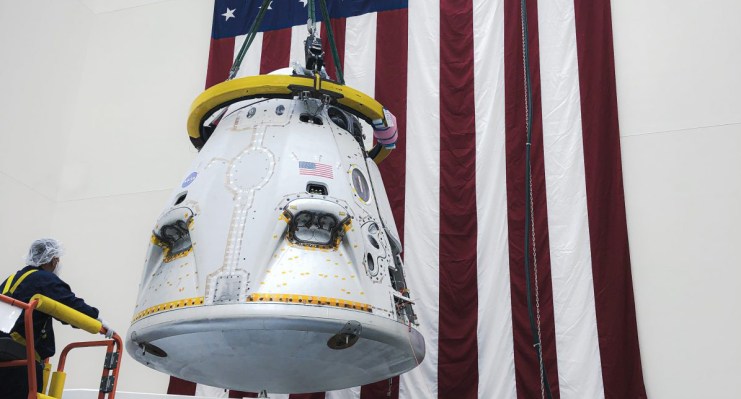 NASA Administrator Jim Bridenstine has been sharing regular updates about how his agency is approaching the rapidly changing global coronavirus pandemic situation. This week, NASA escalated its response multiple times due to changing circumstances, including changing the state of working conditions at all of its facilities across the country, and on Friday the agency summarized the current status of each of its facilities and major projects in a comprehensive update.

Work continues on a few missions the are deemed critical, and on projects where remote and telework are possible. These include the Commercial Crew Program, which is set to return human spaceflight capabilities to American soil via private partners. Boeing and SpaceX are NASA’s partners for this program, and NASA says that this is going ahead despite the requirement of in-person operations because it represents “a critical element to maintaining safe operations on the International Space Station and a sustained U.S. presence on the orbiting laboratory.” SpaceX and NASA confirmed earlier this week that they still plan to launch the first crewed Dragon mission to the ISS in mid- to late May.

For the purpose of keeping ISS crew “fully supplied and safe,” NASA says that it will continue to operate its commercial resupply missions, too, which ferry experiments, food, water and more to the space station using vehicles including SpaceX’s Dragon cargo capsule. For similar reasons, it’ll keep the Mission Control Center at Johnson Space centre open, with flight control personnel in place, though it’s adding “additional measures” to ensure the safety of those present.

Meanwhile work on the James Webb Telescope in California is temporarily suspended, which means that the integration and testing that was happening in preparation for its planned launch next March. Preparations for NASA’s Mars 2020 launch, which includes reliving its Perseverance Rover and Mars Helicopter exploration vehicles also continue: that mission is scheduled for July 2020 right now.

There’s also virtual inspection work being done on the X-59 piloted supersonic test plane that’s being developed in California, and Lockheed Martin, which is building the aircraft for the agency, is continuing in-person work on that project. NASA is keeping the lights on at Ames Research Center in California, too, in order to ensure that the agency’s IT security and supercomputing operations can continue uninterrupted.

Existing spacecraft mission support will continue, as does astronaut training (which is generally subject to strict isolation protocols to prevent illness anyway). Earlier this week, the agency did announce that it would suspend work on both the SLS spacecraft and the Orion capsule that it will carry, both the fundamental components of its Artemis program, which aims to get humans back to the Moon, and eventually to Mars. Artemis has been sticking to a stated 2024 timeframe for its mission of returning people to the surface of the Moon, but these setbacks in total represent the most sure sign yet that we’ll probably see that window slip, though may skeptical of the schedule have suggested it would actually be later than that anyway.