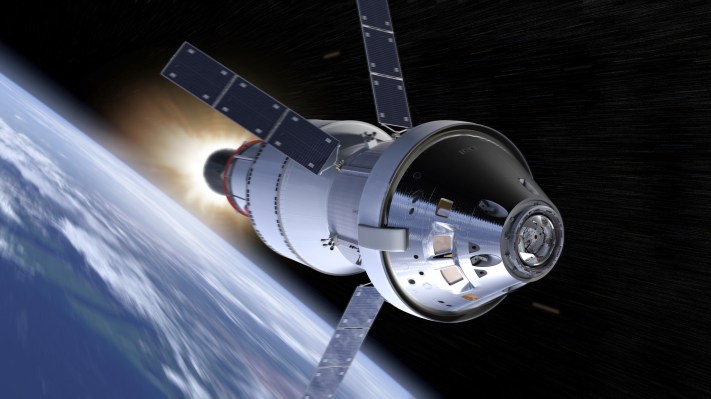 NASA has temporarily paused work on the Space Launch System (SLS) and Orion capsule that will be used for its forthcoming Artemis missions, which will ultimately return the next American man and the first American woman to the surface of the Moon. The rocket and spacecraft were undergoing production and testing activities ahead of the first Artemis mission, which had been planned for no earlier than April 2021.

This move comes as a result of NASA moving its Michoud Assembly Facility in New Orleans, and its Stennis Space Center location in Mississippi to what it terms ‘Stage 4’ of the agency’s four-stage “NASA Response Framework.” This is an emergency preparedness scale that NASA has in place as guidance for its response to the ongoing COVID-19 outbreak, and it defines what actions the agency will take in terms of its staff and facilities at each of its physical sites depending on how the outbreak unfolds.

Stage 4 is the highest level in the framework, and imposes the most stringent restrictions. These include mandatory telework for all staff, as well as full closure of the physical facilities themselves, except “to protect life and critical infrastructure.” Employees can still meet and hold events, but strictly in a virtual capacity. Fully remote work is obviously not compatible with either building out a rocket, or performing key final checks on a spacecraft designed to eventually carry humans.

NASA Administrator Jim Bridenstine has been issuing daily updates about the status of the agency’s facilities and working conditions relative to the framework. All facilities have been escalated to Stage 3, which encourages mandatory telework but keeps doors open on facilities for mission-critical personnel only. Stage 4 has been instituted at specific facilities due either to personnel contracting the virus, or to local ‘shelter-in-place’ orders or high concentration of cases.

Bridenstine says that the facilities where the SLS and Orion are being worked on will be locked down and secured to make sure that everything is in a safe condition for the suspension, and ready for resumption of work once the Stage 4 condition is lifted. This will also result in “impacts to NASA missions,” he notes in the update, which sounds like an acknowledgement that dates will slip for the existing proposed Artemis missions timeline.