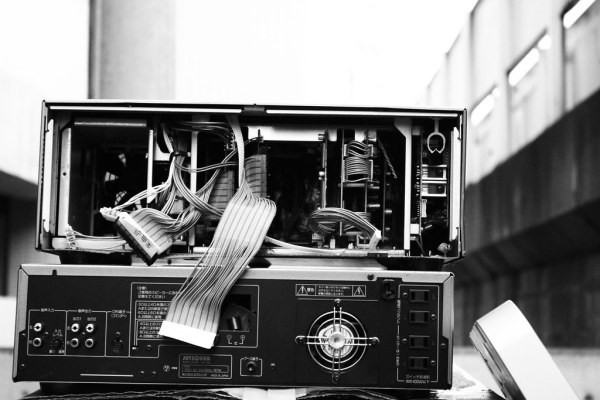 We are handling the first real global crisis since the Cold War with staggering incompetence. People are already dying en masse. We all need to stay home and stay away from one another. If we wait until those who can’t do math see the awful consequences all too visible to those who can, things will get colossally worse. It is already later than you think.

A few nations–Taiwan, South Korea–are responding with admirable competence and alacrity. People everywhere else have a lot to be extremely angry at. Especially in America, the theoretically wealthiest and most powerful nation in the world, which, it turns out, is completely incapable of handling a crisis that is neither military nor financial.

A pandemic is to a society as a month of heavy rain is to a roof. It will find all of your architectural flaws, papered-over cracks, and loose tiles; it will use them to spread and spread; and you only have so many buckets. The USA is like a palace whose owners chose to spend the last twenty years squandering their money on gaudy decorations and a home theater, rather than fixing its decrepit roof. Now a storm is hammering down.

None of this is news. We’ve all been witnessing America’s ongoing diminishment in real time for some years now. It’s easy to imagine this crisis marking its official decline into former-hyperpower status, while China assumes the global title of “most important nation.”

In in the meantime, pay no attention to the reported, so-called confirmed, numbers of Covid-19 cases in America. The real numbers are clearly much larger. We’re in a dark room, surrounded by an unknown number of monsters, unable – and apparently unwilling – to turn on the lights.

A previous tweet of this quote did not make it adequately clear that it is Trump who did not push for adequate testing, not Secretary of Health and Human Services Azar. Here is the whole quote for context. @ddiamond pic.twitter.com/ZZ2aPF53m6

But let’s be optimistic. Suppose people come to their senses, and stop interacting with — and infecting — one another. Suppose the period during which hospitals are overwhelmed, and grandparents die in parking lots because there are no ICU beds left for them, is mercifully brief. Suppose we actually do manage to Flatten The Curve.

Previous, lesser crises have gone away by themselves. The 2008 financial crisis was, as Bruce Sterling observed at the time, something “we made up”: nothing about the world changed except our perception of it. The World Trade Center attacks were only a real crisis for those in Lower Manhattan that morning and their families. This, though, is likely to affect our collective way of life, and our economy, for a long time.

For most people, “the economy” is a giant treadmill of rent, bills, and paychecks, on which they must keep perpetaully running lest they be flung into an abyss. Social distancing right now is — and will remain, for an unknown period — critically important. But its implication is to say to everyone in travel, hospitality, retail, restaurants, nightlive, events, etc.: “You absolutely must stop running, right now, but of course we’re not turning that treadmill off for you. Don’t be ridiculous! We can’t even imagine what turning it off would look like.”

Things are better if you’re in tech … but not much better. Does your company count any travel, hospitality, retail, events, etc., companies or people as clients or customers? No? Well, do your clients and customers count any as their clients or customers? You won’t have to go very far before you realize: we’re all interconnected. Meaning: we’re all screwed. The whole treadmill starts breaking down if enough of us stop running.

So what would turning that treadmill off, or slowing it down, look like?

In the US, it obviously starts with universal healthcare. But there’s no reason to stop there. Think bigger. Imagine a six-month rent jubilee, on the grounds that property owners are more able than suddenly self-isolating renters to deal with the financial repercussions, and also better positioned to negotiate with governments for a subsequent bailout. Imagine giving people cash, whether you want to call it “special unemployment insurance” or “universal basic income.”

Imagine maybe even rebuilding the whole treadmill from scratch, into an entirely different machine.

An interesting side-effect of our weird capitalism is that Amazon and eBay can swiftly crack down on hand sanitizer price gouging but we are told there’s nothing to be done about $500/month insulin or $700 epi-pens. https://t.co/cibzQArNPF

We built it ourselves, after all; it was not handed down from Mount Sinai. Maybe we can fix it so that it encourages scientists and artists and engineers to start up truly new and better things, rather than more adtech and parasitical financial instruments. Maybe it can reward subway workers and teachers and farmers, rather than the throngs wasting their days in dreary, pointless, but better-paid “bullshit jobs” in offices everywhere.

But that’s all in the future. Right now we’re in a crisis. Stay home, cancel on your friends, wash your hands; flatten the curve. We can’t fix the treadmill after the fire is out, and the grim nature of fire is that if we wait to act until we feel ourselves burning, it will already be too late.