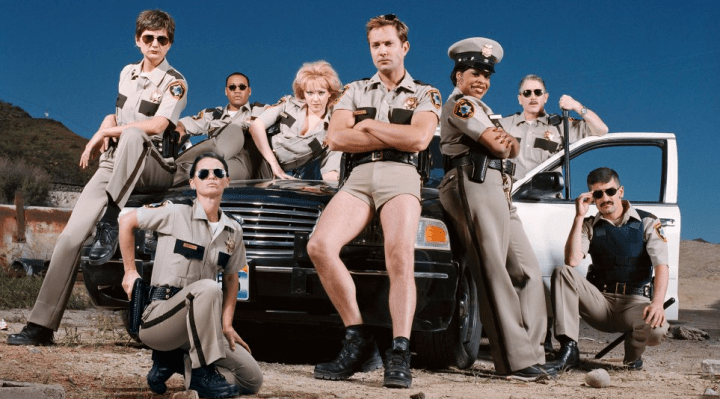 If you didn’t know that Reno 911! is coming back, no one could really blame you. There’ve been rumblings about it since early December, but… well, things have been a little bananas since then.

But sure enough: eleven years after the end of its original run on Comedy Central, Reno 911! is coming back by way of… not Netflix… not Hulu… but Quibi. And they just dropped the first teaser trailer for it.

For the unfamiliar, Quibi’s thing is that its content is meant to be watched in ten minute chunks. TV episodes? Ten minutes or less. Movies? They’ll be broken into chapters, ten minutes long at most.

That’s actually pretty perfect for Reno 911. While the original show’s episodes came in at 22 minutes each, each episode was really more of a handful of loosely scripted/mostly improv’d bits. Give them a ten minute cap, and it’ll still work just fine. Even in the little teaser clip above, it feels like the same, wonderful, ridiculous show.

Alas, no official launch date seems to be announced for the reboot; while Quibi itself is set to launch in April, the network has only said that Reno 911 is “coming soon.”