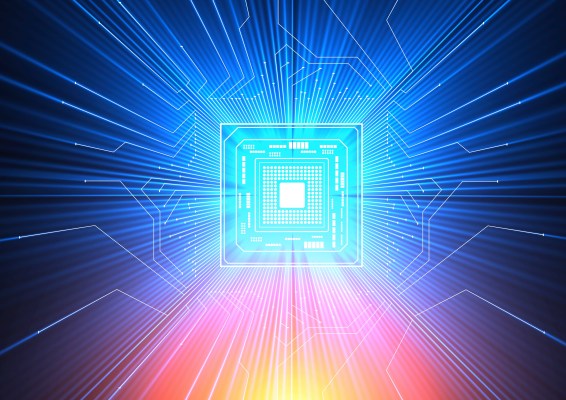 The $71 million in financing that quantum computing technology developer Rigetti Computing recently raised came at a significant cut to the company’s valuation, according to several sources with knowledge of the company.

The company declined to comment on its valuation or the recent round of funding it secured.

Rigetti is one of a handful of startups attempting to make quantum computing commercially viable. It’s a vitally important emerging technology with implications for national security and a broad swath of industries that depend on better data analysis and more powerful computing to continue innovating around materials science, genetics, and … well… pretty much anything else.

In July, Rigetti acquired QxBranch, a quantum computing and data analytics software startup to build on Rigetti’s full-stack strategy and expand the company’s ability to deliver quantum algorithms, solutions, and services, according to a statement

“Our mission is to deliver the power of quantum computing to our customers and help them solve difficult and valuable problems,” said Chad Rigetti, founder and C.E.O. of Rigetti Computing, in a statement at the time. “We believe we have the leading hardware platform, and QxBranch is the leader at the application layer. Together we can shorten the timeline to quantum advantage and open up new opportunities for our customers.”

Huge corporations including Google and IBM have invested hundreds of millions to develop quantum computers and there’s a growing push among politicians in the U.S. government to devote more money to the technology — out of fear that China’s scientists and national efforts have outpaced American advances in the field.

Quantum computing is an area that’s set for a windfall of government dollars under the budget proposed earlier this year by the Trump Administration. The National Science Foundation will receive $210 million for quantum research, while the Department of Energy will receive a $237 million boost and an additional carve out of $25 million for the Depart of Energy to begin development of a nationwide Quantum Internet.

Fundamentally, quantum computing is hard and there are few commercially viable applications for a technology that’s still in its infancy. The “computers” are notoriously difficult to operate, so not many companies are pursuing the creation of the hardware itself. Instead, companies in the market are pitching the ability to adapt the hard questions that corporations and research institutions would like to pose into a form amenable to solving by quantum computing, and flexible access to shared quantum hardware.

That’s a variation on the wildly successful cloud computing and software as a service business models now all the rage among technology companies developing services for other industries.

If commercial traction is one issue for quantum computing startups — which lack access to the billions available to companies like Alphabet (Google’s parent company) or even the struggling tech giant IBM — then recent trends in venture capital investment have proven to be another.

It’s very likely that the company fell victim to the irrational exuberance of the unicorn era, where firms raised billions of dollars in capital in an effort to compete with massive sovereign wealth-backed corporate investment firms led by people who made billions off of well-timed investments in Chinese e-commerce companies.

That said, financing a company that can achieve a quantum breakthrough is one of those moonshot investments where the return on a successful investment is basically unlimited. There’s so much potential in the technology, and so little viable commercial businesses that the first to break through the noise could be a real win.

Recently, investors are gambling more on the middleware layer of a quantum computing stack. These are companies like Zapata, Q-CTRL, Quantum Machines, and Aliro that improve the performance of quantum computers and create an easier user experience.

In 2017, Rigetti announced that it had raised $64 million over a period of several years while it developed its quantum computing technology. That was followed with another $50 million investment later that year, as Bloomberg reported. This latest investment was led by Battery Ventures, according to data available on Crunchbase.

The lack of available, non-dilutive capital for companies like Rigetti may be a problem going forward, if the U.S. wants to provide a broad base of support for the pursuit of quantum technology innovations, according to some industry observers.

“This is a national security issue. We should be trying to be doing everything we can,” said one industry observer. “If we don’t fight this war and somebody else wins this war it’s going to have significant ramifications for the U.S. For some of these things… private companies and government have to collaborate. For our own national security.”