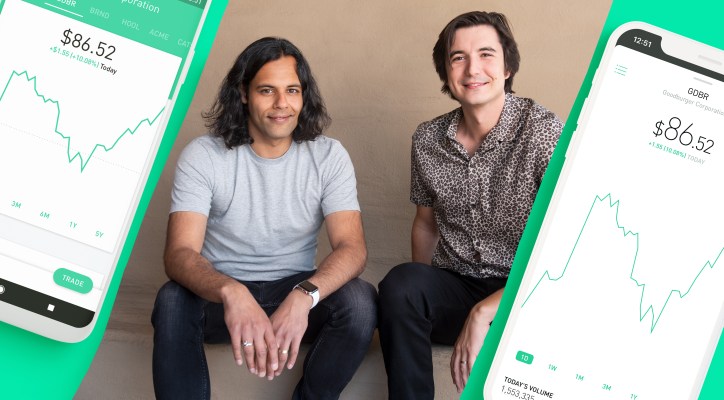 After suffering its third outage in two weeks, Robinhood’s founders may need to take a deeper dive into the technology stack that powers their business.

That’s because the outage the mobile asset-trading platform experienced yesterday was unrelated to previous issues that brought down the company’s trading platform last week, according to a company representative.

The company’s third outage in two weeks could be a troubling sign to customers and investors who have poured roughly $900 million into the company (according to Crunchbase) and given it a valuation of over $7 billion.

According to a company spokesperson, the new outage affected services until 10:25 a.m. Eastern, when services were partially brought online. Full service wasn’t restored until 3:30 p.m. on the East Coast — just thirty minutes before markets closed.

“This morning, trading on our platform was temporarily unavailable. We know this interruption was frustrating for our customers – especially after last week and on a day that trading was halted market-wide,” the company said in a statement yesterday. “Our platform is now fully operational and we’re working hard to improve our service during these historic and volatile market conditions.”

While Robinhood, like other financial services apps, has the benefit of being pretty sticky — because it’s difficult to move money from one platform to another and there are financial implications to pulling out of the service entirely — it’s not the best look for a company to suffer major outages just when its customers need it the most.

And the company no longer enjoys the kind of first mover advantage it had when it launched with its free-to-use trading platform years ago.

As of late last year, all of the major stock trading platforms moved to a zero-fee model. And the market has consolidated with Charles Schwab spending $26 billion to acquire TD Ameritrade last year and Morgan Stanley buying E-trade for $13 billion in February.

As we’ve said before, if Robinhood is to win in this competitive environment, it’s going to need to innovate on product. Experiencing outages when customers need a product the most isn’t the way to do it.

At this point, the company likely needs to give a full accounting of what went wrong and how it plans to correct the service, if it’s going to regain user’s trust.

There are other platforms that would-be investors can use to trade. Another major outage, and Robinhood customers might seeing the Sherwood Forest of technical glitches from the trees.