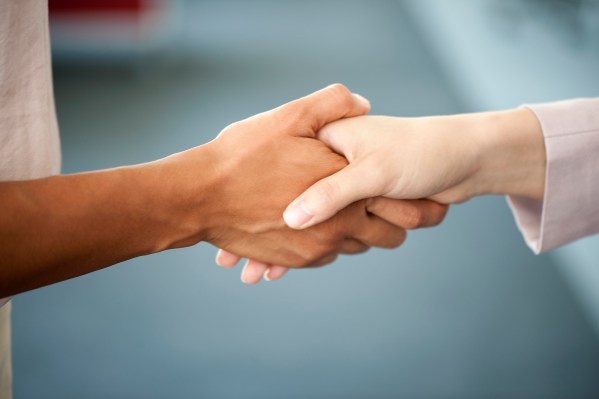 In the world of venture capital, where trust between investors and founders is paramount to the success of both, investing in a company that competes with another startup in a firm’s portfolio is a no-no. Still, in a case that takes this understanding to a brow-raising extreme, Sequoia Capital has, for the first time in its history, revoked a term sheet offered to a company over a purported conflict of interest and, almost more shockingly, handed back over its board seat, its information rights, its shares and its full investment.

It wasn’t a small check. According to sources close to the situation, it just gave up $21 million.

Candidly, we’re still trying to piece together what we might be missing, but what we know so far: This morning, Finix, a payments infrastructure company that was founded four years ago in San Francisco, told its roughly 70 employees that Sequoia — which led the company’s $35 million Series B round in early winter — is parting ways with the startup.

The reason, Finix told employees: Sequoia concluded soon after issuing its check that Finix competes too directly with Stripe, the payments company that represents Sequoia’s biggest private company holding currently and that in turn counts Sequoia as its biggest investor.

As a result of Sequoia allowing Finix to keep its capital (thus materially strengthening Finix’s balance sheet), earlier backers in Finix — led by Inspired Capital of New York and including PSP Growth and others — have invested an additional $10 million in the company, which has now raised $65 million in capital altogether.

As part of the new arrangement, Penny Pritzker, who cofounded Inspired Capital and is the founder and chairman of PSP Partners, has joined the board of Finix.

On the one hand, Finix and its stakeholders can’t be happy to be losing Sequoia and the sheen associated with an investment from the firm. At the same time, having a former U.S. Secretary of Commerce join one’s board could go a long way in ensuring its continued momentum.

More obviously, who could complain about $21 million in free money?

Well, who other than Sequoia’s investors, perhaps. Though we’d presume the firm won’t lose anyone’s financial support over this apparent flub given the outsize returns it has produced over the years, the entire situation is strange to say the least, and we’d guess that Sequoia’s limited partners — even if they stay silent — can’t be pleased about it.

For starters, it’s difficult to understand how Sequoia could have only realized after making the investment that Finix and Stripe compete on some level — and might do so increasingly over time.

Finix has told TechCrunch before that, unlike Stripe, it doesn’t think of itself as a payments company but rather a payment infrastructure company. Most notably, it likes to note that it doesn’t take a percentage of transaction fees but instead charges customers a monthly software fee, along with a sliding fee associated with the number of payments they process. Yet Stripe has a product, Stripe Connect, that operates much the same way and has since its debut in 2013.

Indeed, while a source close to the situation suggests that Sequoia moved too quickly on this one (Finix was evidently seen as a hot ticket after a conference appearance last fall), all it would have taken was a few conversations with Stripe to conclude that the two companies are chasing after the same customers in some cases.

Asked about its due diligence process, Sequoia — which has never backed out of an announced deal before in its 48-year history —  declined to comment.

The firm instead sent us a statement by Pat Grady, the Sequoia partner behind the deal, that reads: “While we’d previously concluded that Finix was not a direct competitor to any existing portfolio companies, after making the investment we came across a variety of small data points that collectively painted a different picture of the market. This decision had nothing to do with Finix, and everything to do with Sequoia’s desire to honor our commitments. It is incredibly difficult to part ways with Richie, Sean, and their team at Finix. They are exceptional people and leaders, and their future is bright.”

A spokesperson for Stripe who was asked whether Stripe and Sequoia discussed its investment in Finix at any point, also declined to comment.

Beyond this somewhat baffling explanation, of course, is the investment itself. While Sequoia might have wanted to disentangle itself from Finix in the most painless possible way for both outfits, it’s hard to understand why it felt compelled to give away $21 million — money that institutions like Stanford and hospitals give to Sequoia to invest on their behalf.

It isn’t like Sequoia committed a crime. Surely, too, there were other alternatives. For example, it might have converted the capital to debt and enabled Finix to pay it back at a low — even zero — percent interest rate. It could have told Finix to keep a quarter — or even half —  of the capital as a kind of generous break-up fee.

While we’re still puzzling over this one, Finix suggests it has already moved on from the saga — and given its much stronger financial footing, it’s no wonder.

Asked about what went happened exactly, the company sent over a statement from its founder and CEO, Richie Serna, about its excitement about the future and the strengthened involvement of Inspired Capital. As for Sequoia, Serna’s statement says that, “While the changes to our relationship with Sequoia were unexpected, we’ve never been more fired up about the future of Finix and our position in the market. We appreciate Sequoia’s speed in dealing with this situation and respect their commitment to doing what’s right for their portfolio companies. They have been transparent and helpful throughout this process.”