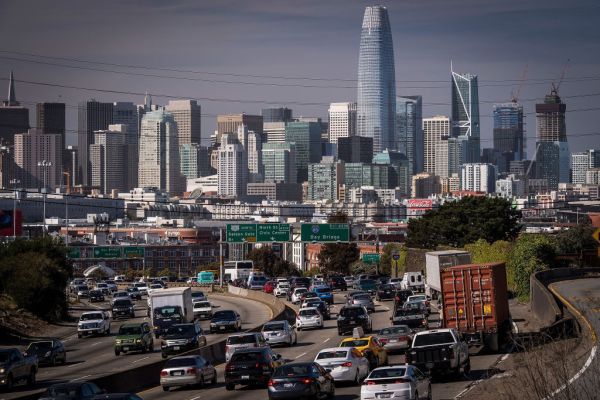 San Francisco is poised to pass a controversial proposition that would almost certainly limit further office space development in the city, perhaps pushing more tech companies and startups to set up their HQs elsewhere.

Prop E‘s passing, which seemed likely Wednesday afternoon following Tuesday’s election, ties office development approval to the city’s ability to meet affordable housing goals, something that the city and its developers haven’t proven themselves all that capable of doing in recent years. Amid skyrocketing rents and a homeless crisis, there’s been ample concerns that the structures in the city are being overstressed, low and moderate income residents are being pushed out and that the influx of tech startups is exacerbating the problem.

In the past decade, SF has built an average of 712 affordable housing units per year, according to the chief economist’s report. In the past 20 years, San Francisco’s annual affordable housing production has popped above 1,000 units only once. The latest goals, set by a state program, pin annual affordable housing production at 2,042 units per year. With Prop E, if San Francisco fell short of that annual goal, only building one-third of those 2,042 units, they would also only be able to allocate one-third of its 875,000 large-space square footage to new large-space projects.

Scarcity in office space has been a consistent issue for startups in SF. Last year, Stripe, one of the world’s most highly valued startups, cemented plans to leave San Francisco, citing the scarcity of office space in the city as part of its decision to leave, the San Francisco Chronicle reported.

Prop E is a dumpster fire.

Mayor London Breed did not support Prop E, and the city’s own chief economist estimated Prop E would go on to cost the city tens of millions of dollars in revenues and thousands of jobs per year, limiting the city’s GDP growth by tens of billions over the next 20 years. The report didn’t mince words: “By tying future office development to an affordable housing target that the city has never met, the proposed measure is likely to lead to high office rents, reduced tax revenue, reduced incomes and reduced employment across the city’s economy.”

Prop E was sponsored by TodCo, an SF organization that owns nearly 1,000 affordable housing units in the SoMa neighborhood, an area that is often the center of the city’s office space development, affordable housing development and homelessness crisis. In an interview with SF Public Press, TodCo’s director of community engagement Jon Jacobo pushed back on the city’s report, saying, “It’s not a doomsday scenario, instead of 50 percent growth, we’re going to get maybe 38 percent growth.”

The vote to pass Prop E currently has the support of 55% of SF voters with 100 precincts reporting — though there are still a number of mail-in ballots to be counted, which could affect outcomes.