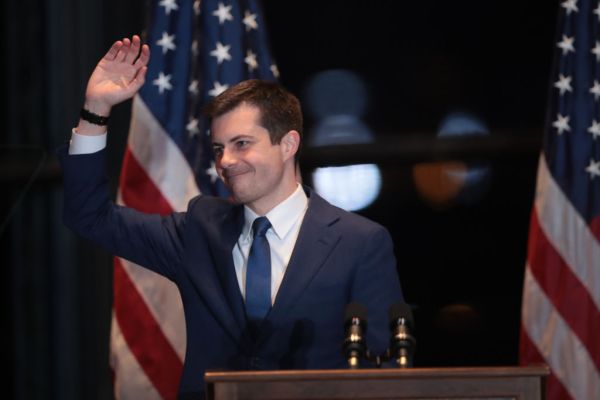 Tech’s darling is out. On Sunday, the 38-year-old Democratic presidential contender stepped out of the race, clearing a path for moderates to coalesce around another candidate on the eve of Super Tuesday’s broad contest for delegates.

Buttigieg, a previous political unknown, ran a surprisingly successful long-shot presidential campaign, making history as the first gay candidate to make a real run at the presidency and vaulting his political profile well above his mayorship of South Bend, Ind. Buttigieg’s appeal as a young, articulate politician was bolstered early on by his friendliness to Silicon Valley in a race in which tech’s biggest names were cast as villains by the race’s leftmost wing.

As the race began, elite segments of Silicon Valley, including tech leadership and venture capital, sought an alternative to Bernie Sanders. Sanders and his ideological next-door neighbor Elizabeth Warren have made criticisms of consolidated power and wealth a cornerstone of their platforms, with Warren in particular taking direct aim at tech’s biggest success stories or its ruling elite, depending on your perspective. That message was always more likely to resonate with tech’s rank and file workers, while the sector’s better-compensated upper echelons turned to Buttigieg and other Democratic candidates who reflected their traditionally liberal values while promising less upheaval for the industry.

Buttigieg was able to appeal to that dual desire, and his young age and proximity to tech power brokers like Mark Zuckerberg, a member of his cohort at Harvard, helped boost his cause among tech-savvy supporters. According to reporting from The Guardian, more than 75 VCs threw their weight behind the Buttigieg campaign as early as July 2019, lauding Buttigieg’s “intellectual vigor” and data-driven thinking — qualities Silicon Valley prides in itself. One of Facebook’s first 300 users, Buttigieg’s tech fluency offered a striking contrast to the stereotype of tech-inept members of Congress, a frequent complaint within tech in recent regulatory hearings.

“I don’t know if people saw him as a technology culture person,” one member of the VC community told TechCrunch. “It was more like as a smart person who could potentially execute. As a winner.” They characterized him as “persuasive and competent” but “not competent in some technocratic, bloodless way.”

If Pete Buttigieg wins the nomination, I think I’ll be prouder of my “gut” instinct on him than any investment I’ve ever made. Once we narrow down the field – you will see him shine. He is so incredible as a person and unlike other politicians, I trust him.

“We want to build a campaign that’s a little disruptive, kind of entrepreneurial. Right now, it feels like a startup,” Buttigieg campaign manager Mike Schmuhl told AP News in April.

Team Pete was a feisty startup that took a run at some extremely established competitors, demonstrated the potential for disruption but not long-term dominance, and took the acquihire offer to avoid angering investors and to give the founder another chance after the earn-out.

With Buttigieg out of the race, the big question is where his support goes next. Given his moderate policies and new momentum, former Vice President Joe Biden appears likely to receive a boost from Buttigieg’s exit. Still, venture capitalists who spoke with TechCrunch suggested that support is likely to lack the enthusiasm tech had for Buttigieg. “People could have gone with Biden early on,” one Buttigieg supporter noted.

That redirected support may prove tepid compared to Silicon Valley’s initial bet on Buttigieg, but it could be a shot in the arm for Biden if the former vice president comes out of Tuesday’s big contest looking like a winner.