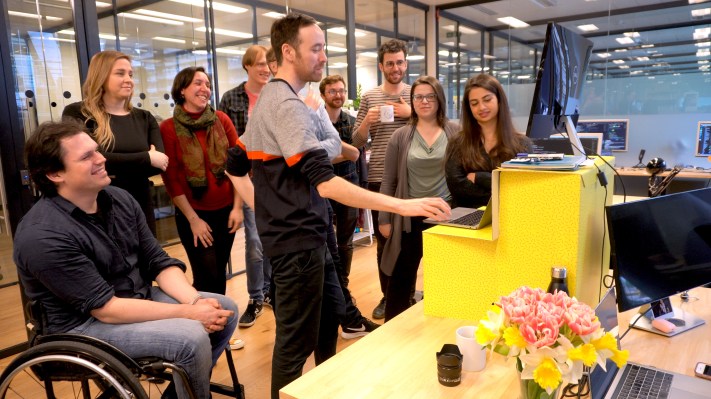 Sonantic, a U.K. startup that has developed “human-quality” artificial voice technology for the games and entertainment industry, has raised €2.3 million in funding.

Leading the round is EQT Ventures, with participation from existing backers, including Entrepreneur First (EF), AME Cloud Ventures and Bart Swanson of Horizons Ventures. I also understand one of the company’s earlier investors is Twitch co-founder Kevin Lin.

Founded in 2018 by CEO Zeena Qureshi and CTO John Flynn as they went through EF’s company builder programme in London, Sonantic (previously Speak Ai) says it wants to disrupt the global gaming and entertainment voice industry. The startup has developed artificial voice tech that it claims is able to offer “expressive, realistic voice acting” on-demand for use by game studios. It already has R&D partnerships underway with more than 10 AAA game studios.

“Getting dialogue into game development is a slow, expensive and labour-intensive task,” says Qureshi, when asked to define the problem Sonantic wants to solve. “Dialogue pipelines consist of casting, booking studios, contracts, scheduling, editing, directing and a whole lot of coordination. Voiced narrative video games can take up to 10 years to make with game design changing frequently, defaulting game devs to carry out several iteration cycles — often leading to going over budgets and game releases being delayed.”

To help remedy this, Sonantic offers what Qureshi dubs “dynamic voice acting on-demand,” with the ability to craft the exact type of character in terms of gender, personality, accent, tone and emotional state. The startup’s human quality text-to-speech system is offered via an API and a graphical user interface tool that lets its synthetic voice actors be edited, sculpted and directed “just like a human actor,” she tells me.

This sees Sonantic work directly with actors to synthesise their voices whilst also harnessing their unique skills in performance. “We then augment how actors work by offering them a digital version of themselves that can create passive income for them,” explains the Sonantic CEO.

For the games studios, Sonantic offers faster iteration cycles at a cheaper price because it cuts down logistical costs and has voice models ready to perform. Its SaaS model and API also makes it easier to create audio performances to test out potential narratives or to finesse a story, helping with editing and directing.

Meanwhile, Sonantic says it is gearing up to publicly reveal how its technology can capture “deep emotions across the full spectrum,” from subtle all the way through to exaggerated, which it says is usually something only very skilled actors can achieve.