Skip to content
Amid expectations that early stage funding and valuations will decline due to an economic downturn caused by the novel coronavirus outbreak, young startups like the Brazilian dental company SouSmile, which raised in the time before COVID-19, are feeling grateful for secured runway.

SouSmile is a direct to consumer dental company based in São Paulo. SouSmile has raised $10 million in Series A funding from Global Founders Capital, Kaszek Ventures and Canary, bringing the company’s total funding to $11.4 million. The two-year-old startup sells an invisible aligner and whitening gels through five retail stores in shopping malls across São Paulo and Rio.

SouSmile is a new option for Brazilians hoping to get started on orthodontic work. The process consists of an evaluation by a licensed dentist that includes a panoramic X-ray, 3D scan and a clinical exam. Then, the company approves customers for treatment. SouSmile’s follow-up process includes bimonthly appointments, and costs approximately $1,000, which co-founder Michael Ruah says is 60% cheaper than comparable treatments, and can be paid in installments. Treatment is fast, taking between 3 to 9 months. 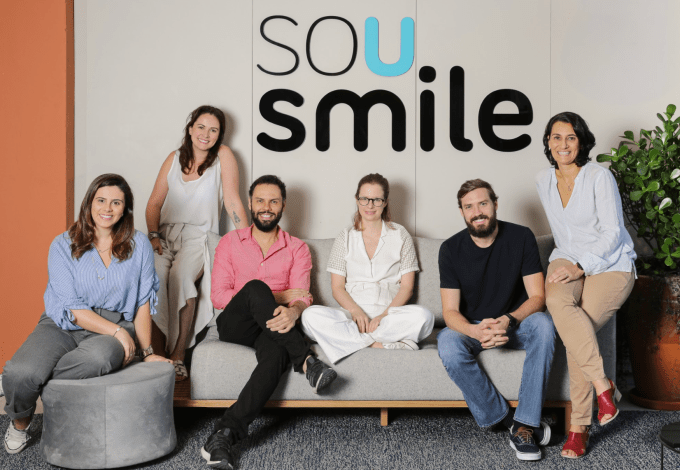 SouSmile has a five-person cofounding team. The 100 person startup is made up of 50% licensed dentists.

Ruah anticipates that the coronavirus pandemic will have a negative short term revenue impact for the company, as they anticipate less foot traffic in retail stores over the coming weeks, possibly months. He hopes that since the business is still young, macro indicators won’t have a huge impact on the bottom line in the medium-to-long term. Ruah says that the most important thing is that SouSmile employees and customers are safe and healthy at this point.

Why is Brazil a good market for a D2C dental startup?

With 2 million orthodontic cases per year, highly populous Brazil is one of the largest dental markets globally, yet the penetration of invisible aligners is less than 2% due to prohibitive prices. Ruah compares this to the 40% penetration in the U.S. for adults, citing Invisalign’s numbers. There’s still a dent to be made, as SouSmile says it saw over 10,000 bookings last year.

Ruah also cites a cultural reason as to why Brazil is a smart market for a product like this: Brazilians care a lot about both beauty and their oral health. “Brazilians brush their teeth three times a day. They’ll go out for lunch, they’ll come back to the office and brush their teeth. Everybody has their toothbrush and toothpaste with them all the time,” he explains. 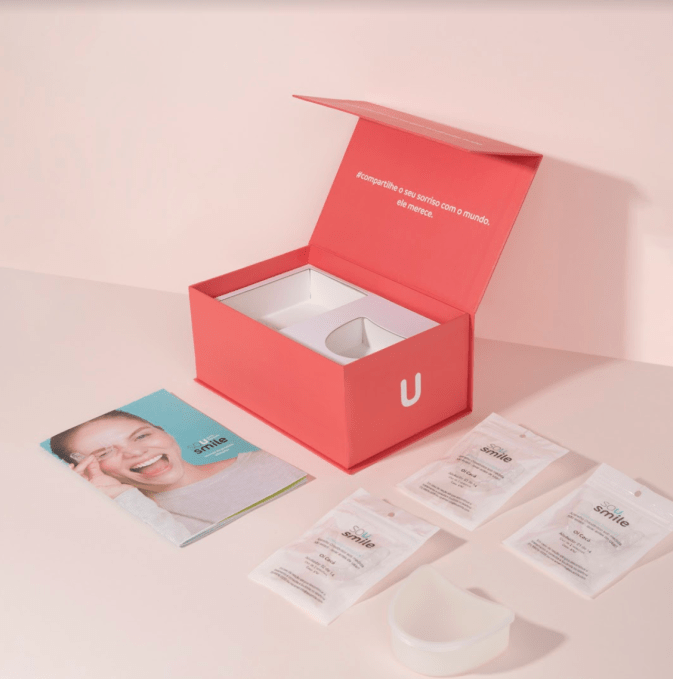 SmileDirectClub raised nearly $440 million at a $3.2 billion valuation before going public in 2019. The teeth-straightening company build its brand by leveraging the celebrity beauty angle with Instagram influencer campaigns that marketed the visual results of its product. While SouSmile hopes to see big numbers like its U.S.-based predecessor, it wants to take more of a healthcare-first approach to its branding, rather than cosmetic.

SouSmile is up against some big challenges. Physical retail costs are expensive. Manufacturing is hard, and the company doesn’t appear to be particularly tech-enabled, relying mainly on physical retail presence for customer acquisition.

SouSmile isn’t the only Latin American startup working on an anti-braces dental solution, either. Moons, a Mexican invisible aligner startup that just launched out of Y Combinator, may have a head start. Moons delivers a similar product as SouSmile for around the same cost, and is also using 3D printing to manufacture its aligners. Moons is targeting the Latin America market with $5 million in funding and the Y Combinator stamp of approval. Moons has already opened 18 locations across Mexico and Colombia.

But Brazillian tech can operate like a separate ecosystem apart from adjacent Spanish-speaking Latin America due to country regulations, language barriers and shipping complications. Consumer startups that can deliver products that improve the daily lives of Brazil’s massive middle class are the ones that succeed, and SouSmile now has the capital to shoot its shot.