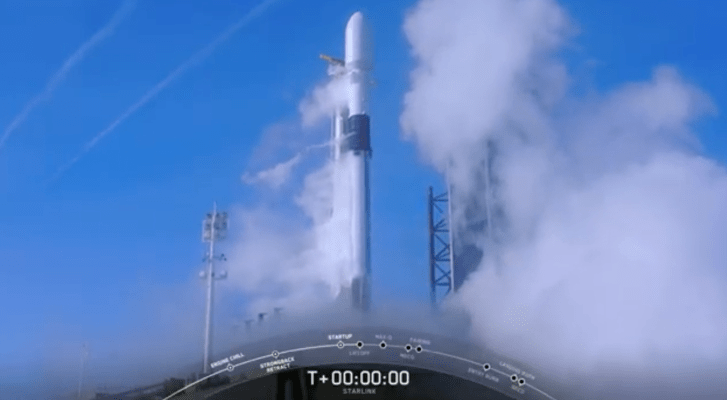 SpaceX was attempting to launch its sixth batch of Starlink internet broadband satellites, but the launch was aborted when the countdown timer reached zero. On the live feed of the launch, SpaceX engineers were heard to cite a “launch abort on high engine power,” and the announcer presenting the webcast said that it was indeed an abort related to Merlin engine power, and SpaceX later provided added detail, including that the sequence was auto-aborted by its system.

The announcer noted that the “vehicle appears to be in good health,” which SpaceX later confirmed, which should bode well for resetting for another attempt. SpaceX has a backup opportunity on Monday, but the actual next launch attempt is still to be determined, likely as SpaceX investigates and learns more about what exactly was behind the engine power issue and when it makes sense to try again, given conditions on the launch range.

Standing down today; standard auto-abort triggered due to out of family data during engine power check. Will announce next launch date opportunity once confirmed on the Range

This would’ve been a record fifth flight for the Falcon 9 booster used in this launch, as well as a first re-use of the fairing that protects the cargo. SpaceX has advised that it’ll reveal when it’ll make its net launch attempt once it can confirm those details, and we’ll provide that info once available.