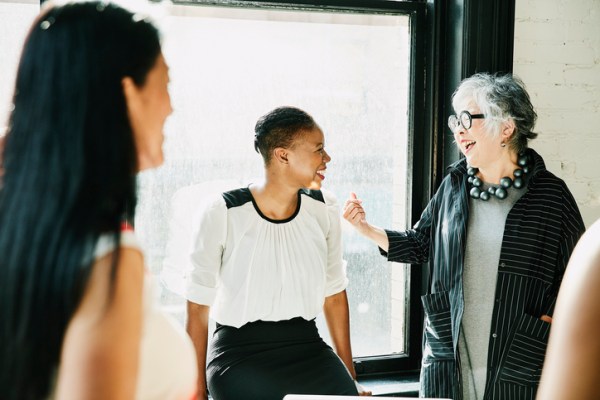 Rebecca Henderson is the CEO of Global Businesses and executive board member at Randstad.

Women pioneered the field of computer technology. Yet, in 2020, the sector is still dominated by men. Though the industry has made efforts toward achieving diversity and inclusion, progress has been slow, with only 26% of women — and even fewer Hispanic (2%) and African American (3%) women — currently in the tech workforce.

While it may be relatively easy for women to enter the industry, they often stall in lower-level positions, leaving women feeling stagnated in their careers. Companies can, however, improve their gender-diversity efforts and accelerate the number of women not only entering, but advancing and succeeding in, the tech industry by implementing sponsorship programs.

Sponsors include those in leadership positions who go beyond merely offering guidance and advice to more junior colleagues and instead act as advocates by using their leadership skills, power and influence to proactively help build and advance the careers of their “sponsorees.” In fact, a study by the Center for Talent Innovation found that respondents working in STEM careers ranked sponsorship programs among the top five most effective initiatives in retaining and advancing women in STEM roles and careers.

For women who want a career in tech, a sponsor can help eliminate bureaucratic red tape and other hurdles by putting the focus on an employee’s skills and accomplishments, recommending her for coveted assignments and identifying and helping female employees secure opportunities to expedite advancement within a company. When a female employee is sponsored by a senior- or executive-level employee, it can give her more of a voice within her company and specific department, improving the likelihood that she will contribute proactively to the team, help promote a positive company culture and improve the overall business.

One study found that after five years of instituting required diversity training programs for managers, companies showed no change in the number of women in management positions, and actually experienced a decrease in the proportion of Asian American and African American women in managerial roles.

Although it is laudable that companies are making more conscious efforts to tackle gender biases, initiatives such as re-skilling and career development programs do more to help women advance in the workplace and drive forward their careers. To correct the gender imbalance, employers should place a bigger emphasis on providing career progression offerings, like sponsorships.

Developing and encouraging the use of sponsorship programs that offer women support and recognition can be vital to attracting and retaining top female talent. In 2017, Accenture, a professional services company, publicly committed to reaching a gender-balanced workforce by 2025. To drive this initiative, the firm developed a sponsorship program in which senior female employees are paired with C-suite executives who assist them in driving their careers forward, and the results have been promising. Forty-seven percent of Accenture’s new hires are women, and women comprise 44% of its global workforce. The company maintains that 100% of its female employees participate in programs intended to mentor, sponsor and develop their careers.

IBM has also established programs to advance women in technical leadership roles. Through its Technical Women’s Pipeline Program, the company aligns mid-career women with both a sponsor and an executive coach to help them navigate opportunities that would not be accessible otherwise. Women currently hold a quarter of management positions worldwide and comprise 29% of the total workforce.

Deloitte has also seen the positive results from its implementation of a sponsorship program. In the 2019 fiscal year, women accounted for 44% of the company’s workforce and almost a quarter of its Global Board is made up of women.

With a sponsor by their side, women are more likely to be promoted to leadership positions than their peers who don’t have a sponsor. Sandy Carter, VP of enterprise workloads at Amazon Web Services, has said that “sponsorship is one of the most important elements for success of all aspiring leaders.” In fact, Catalyst research found that when women are partnered with sponsors, they are just as likely as men to receive a promotion. And according to a recent report by PayScale, as professionals scale up the corporate ladder, the more likely they are to have had a sponsor. The report found that 59.2% of managers reported having a sponsor, and, at the executive level, 65.5% of individuals have a workplace sponsor.

And while these programs are essential in helping women advance in their companies and careers, sponsorships are also crucial to helping women move closer to bridging the gender pay gap, which is currently at 3% within the industry. A Ripple Match report found that women entering the job market make just 76% of what their male counterparts make. But with a sponsor, individuals tend to make 11.6% more than those who don’t have a sponsor.

Sponsorships can also make a real difference in helping the industry meet and exceed its diversity goals. If women feel supported and represented within a company, they are more likely to remain and contribute to the advancement of other professional women around them, creating a long-lasting positive impact. Business leaders who have participated in sponsoring relationships have reported feeling an increase in job satisfaction and a greater sense of commitment to their organization, resulting in a longer tenure.

If tech companies want to ignite real change within the industry, they must bolster their dedication to empowering female talent. Offering sponsorship programs shows women that employers are committed to aligning them with advocates who will ensure that sexism will not play a role in hindering their career growth in the tech industry they helped create.