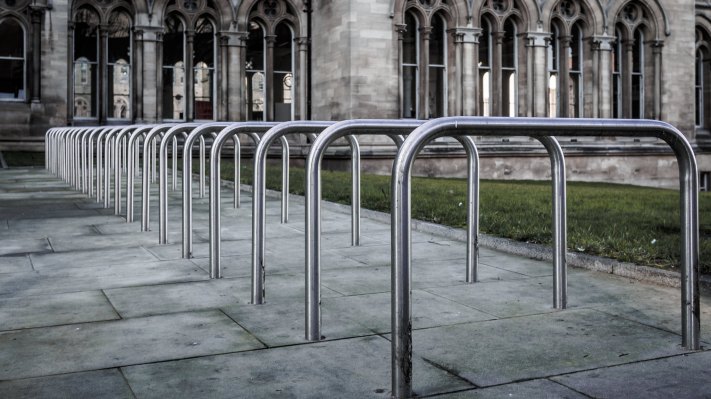 Electric scooters are still unlawful to use on public roads and pavements in the UK, but that hasn’t stopped many consumers from using them anyway to get from A to B. Now, in an effort to wean people off the use of individual automobiles, the government may finally be coming around to bringing its rules up to speed with the times, moving one step closer to legally using e-scooters alongside other new mobility technology, such as drone deliveries for medical supplies, in the coming years.

The UK’s Department for Transport today announced a new consultation into exploring new transportation modes that include e-scooters and e-cargo bikes, as well as bringing the on-demand model (popularised by services like Uber) to buses and other public transport alternatives, and using drones for medical deliveries. Alongside this, it announced funding of £90 million ($112 million) for three new Future Transport Zones to trial these new services.

Together, the moves represent some of the more significant headway that the UK has made in recent years to work with and consider what transportation will look like in the country in the years ahead, in particular as an alternative to consumers using private vehicles to move things and getting around.

Some argue that the UK has lagged behind other European countries like France when it comes to bringing e-scooters to the wider market, with up to now the only legal services operating in closed “campus” environments.

“We are on the cusp of a transport revolution. Emerging technologies are ripping up the rulebook and changing the way people and goods move forever,” said Transport Secretary Grant Shapps, in a statement. “Our groundbreaking Future of Transport programme marks the biggest review of transport laws in a generation and will pave the way for exciting new transport technology to be tested, cementing the UK’s position as a world-leading innovator. This Review will ensure we understand the potential impacts of a wide range of new transport types such as e-scooters, helping to properly inform any decisions on legalisation. Funding these new Zones across the country will also help us safely test innovative ways to get around, creating a greener future transport system for us all.”

Generally speaking, the announcement is an overdue, but clear, vote of confidence in the idea of trying out new kinds of services and models, in the wake of a number of them not living up to expectations. Bird, for example, introduced an e-scooter trial in London two years ago, but with a very limited range and scope, in the Olympic Park campus in London, it’s had little exposure in the wider market. Citymapper last year, meanwhile, shut down its on-demand bus trials after finding they also didn’t work as the startup had hoped they would. (It’s also an interesting turn for the government, which took a hands-off approach to initial Uber’s roll out, only to see the company run into controversy; perhaps learning from that, it seems now to be more engaged in how new services and technologies roll out.)

The news today essentially gives a lease of life to companies hoping to build businesses on these new technologies and services.

The DfT is short on details around what the consultation will entail but did include some specifics on scooters, in what would be the government’s first concerted efforts to consider how what requirements would need to be introduced to legalise e-scooters, including traffic laws, minimum age and vehicle requirements, insurance requirements and parking rules (parking fees being a key revenue driver for local councils).

(The backstory here is that scooters, which are counted as motorised vehicles in the UK, are still illegal because regulations around insurance, traffic laws and driver requirements, have been determined for them, and so even to test new services, the laws will need to be amended. The DfT said that local authorities will contract one or more e-scooter companies to run services.)

“This is great news for UK towns and cities, we’re delighted that the Government is exploring offering greener ways to travel,” said Alan Clarke, Director of UK Policy and Government Affairs at Lime, in a statement. (Lime currently offers bikes on demand in various locations, but has yet to bring its scooters to the UK market.) “Shared electric scooters are a safe, emission-free, affordable and convenient way of getting around. They help take cars off the road with around a quarter of e-scooter trips replacing a car journey — cutting congestion and reducing air pollution. Lime operates shared dockless e-scooter schemes in over 100 locations globally and in 50 cities across Europe. We look forward to contributing to the government’s call for evidence to develop clear rules and minimum safety standards to allow this environmentally friendly option to be made available and hope to participate in upcoming trials on UK streets.”

The new transport zones — in Portsmouth and Southampton, the West of England Combined Authority, and Derby and Nottingham — will be modelled on an existing region established in the West Midlands (covering Birmingham, Coventry and Solihull), which has been a testing ground for future transport policy and technology such as autonomous vehicles.

“The Zones will provide real-world testing for experts, allowing them to work with a range of local bodies such as councils, hospitals, airports and universities to test innovative ways to transport people and goods,” the DfT said in a statement.

As with the existing region, the new ones will explore autonomous vehicle trials, as well as scooter pilots, bus schemes that operate on on-demand models, and multi-modal transportation apps. Portsmouth and Southampton will also look at last-mile deliveries using e-cargo bikes and medical supply drones. Derby and Nottingham have been granted £15 million to build mobility hubs to promote different public transportation options alongside bike hire, car clubs and electric vehicles.