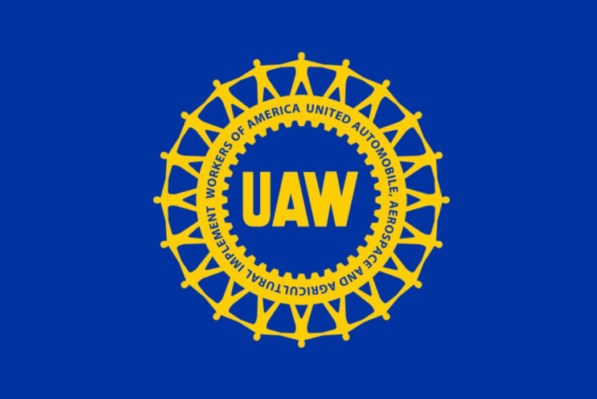 United Auto Workers called on the Big Three automakers — GM, Ford and Fiat Chrysler Automobiles — to shut down factories in the U.S. for two weeks over concerns about the spread of COVID-19, a disease caused by the coronavirus.

The UAW also issued a statement Tuesday confirming that a worker at GM’s Warren Technical Center has tested positive for COVID-19.

TechCrunch has requested comment from the automakers and will update the article if we hear from them.

“Our thoughts are with our member and their family, coworkers and friends at GM’s Warren Technical Center, who rightfully are worried about their loved one’s health and their exposure to Coronavirus,” UAW vice president Terry Dittes said in a written statement. “It is important that our members are quarantined in accordance with U.S. Government Center for Disease Control and Prevention (CDC) guidelines. The UAW is working with GM to inform any members who should be in quarantine.”

The statement from the UAW comes just two days since the auto workers union formed a task force with GM, Ford and FCA that is aimed at protecting workers and limiting the spread of COVID-19. The task force is made up of UAW President Rory Gamble along with leaders from the three automakers, a group that includes GM Chairman and CEO Mary Barra,  Ford Executive Chairman Bill Ford, Ford President and CEO Jim Hackett and FCA CEO Michael Manley.

The task force was formed to coordinate efforts to prevent the spread of the disease and will take a wide range of actions that include enhanced visitor screening and increased cleaning and sanitizing of common areas and touch points. Safety protocols for people with potential exposure, as well as those who exhibit flu-like symptoms, will also be developed.

Gamble said Tuesday that UAW leadership requested Sunday during the first task force meeting with GM, Ford and FCA a two-week shutdown of operations. The companies, however, were not willing to implement this request, Gamble wrote, adding that they asked for 48 hours to put together a plan to safeguard workers.

“The 48-hour window is up this afternoon,” Gamble wrote. “We will be evaluating what the companies submit today and there will be a meeting this evening at 6 p.m., where the Task Force will review plans for the safety and health of all members, their families and our communities.”

Automakers including Volkswagen, Daimler and Ford have suspended operations in factories throughout Europe as COVID-19 continues to spread. Ford said Tuesday it will temporarily shut down vehicle and engine production at its factories in Europe, which includes facilities in Cologne and Saarlouis in Germany, and Craiova, Romania. Production will stop on Thursday. Ford’s assembly and engine facility in Valencia,  Spain has been closed since Monday, after three workers were confirmed with the coronavirus over the past weekend.

Daimler Group announced Tuesday it will suspend the majority of its production in Europe, as well as work in selected administrative departments, for an initial period of two weeks.

Meanwhile, Tesla’s factory in Fremont, Calif., remains open even as most San Francisco Bay Area residents are under a shelter-in-place order by local officials. The order includes the closure of all non-essential businesses. The Los Angeles Times, which was the first to report the status of the Tesla factory, was told by an Alameda spokesperson that it was considered exempted by the order and considered an essential business. The spokesperson couldn’t explain why it was deemed essential, a category that includes hospitals, grocery stores and pharmacies.