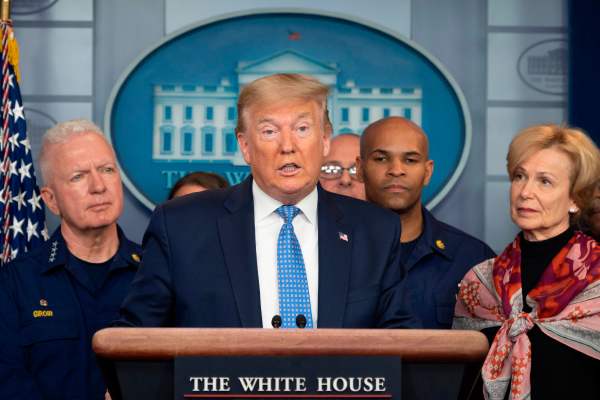 The Trump administration said has slashed federal interest rates as part of an effort to stabilize the economy following a rocky week on the financial markets.

A statement said the bank will maintain its interest rates “until it is confident that the economy has weathered recent events and is on track to achieve its maximum employment and price stability goals.”

Earlier on Sunday, U.K. authorities advised all British nationals and residents against all but essential travel to the United States.

News of the travel advisory came shortly before new U.S. travel restrictions are set to take effect on Monday night, effectively banning all travelers from Europe for 30 days — sparing only U.S. citizens and lawful permanent residents. The Trump administration later extended the ban to the U.K. and Ireland following a spike in confirmed infections.