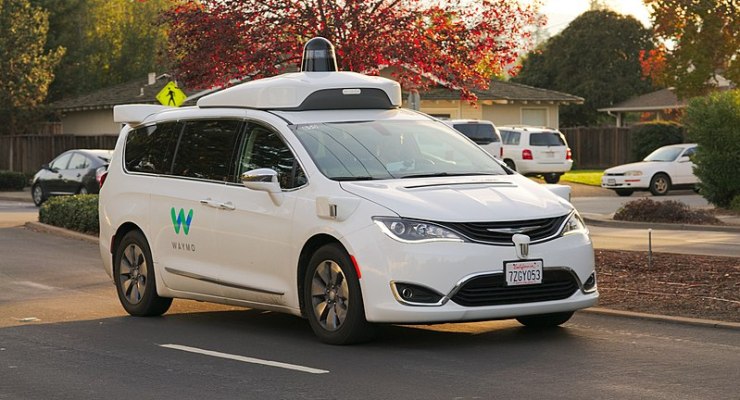 Waymo said Tuesday it is pausing operations of Waymo One, a service in the Phoenix area that allows the public to hail rides in self-driving vehicles with trained human safety operators behind the wheel, in in response to the COVID-19 pandemic. Waymo is also halting testing on public roads in California.

However, Waymo will keep some operations up and running, notably its truly driverless vehicles, which don’t require a human safety driver, according to an announcement on its website Tuesday. These driverless vehicles are used in the Phoenix area as part of Waymo’s early rider program that lets vetted members of the public to hail a ride.

Both the Waymo early rider program and Waymo One service use self-driving Chrysler  Pacifica minivans to shuttle Phoenix residents in a geofenced area that covers several suburbs, including Chandler and Tempe. Until last fall, all of these “self-driving rides” had a human safety driver behind the wheel.

In October, Waymo started to invite members of its early rider program to take driverless rides with no human safety operator behind the wheel.

Waymo says that it has stepped up efforts to clean its driverless vehicles. The vehicles will be cleaned and sanitized several times throughout the day. The company said it has also added sanitizing products to every Waymo car for rider use.

In the interest of the health and safety of our riders and the entire Waymo community, we’re pausing our Waymo One service with trained drivers in Metro Phoenix for now as we continue to watch COVID-19 developments. We’ve also paused driving in California in line with local guidance.

Our fully driverless operations in Phoenix will continue for now within our early rider program, along with our local delivery and trucking efforts.

We can carry out driverless, delivery, and trucking services for our riders and partners while respecting the important social distancing and hygiene guidelines shared by the CDC and local authorities. Removing the human driver holds great promise for not only for making our roads safer, but for helping our riders stay healthy in these uncertain times.

We’ll continue to monitor COVID-19 developments carefully, and we’ll reach out to our riders if there are any further service changes. Until then, our Rider Support team will be available to answer any questions.

Stay healthy and thanks from all of us at Waymo.

The move follows guidance from the federal government to take special efforts to slow the spread of COVID-19. It also comes after at least one incident of a human safety driver in a Waymo One vehicle refusing to pick up someone at Intel’s campus in Chandler, Arizona because they had heard a case of COVID-19 had been reported.

Waymo’s partnership with UPS, which involves delivery trips and truck testing outside of California will continue.