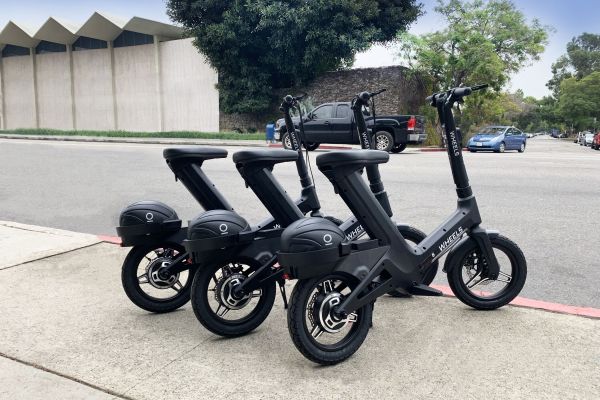 In light of growing concerns around COVID-19, Wheels has decided to pause its pedal-less e-bike operations until the end of March, the company announced today.

“After weighing the pros and cons, we’ve decided that the best course of action is to temporarily stop deploying bikes until the end of March and to revisit this then,” the company said in an announcement today. “To be clear, we strongly believe that micromobility in general, and Wheels in particular, is in a unique position to help our communities get through the current challenges. This temporary pause will help position us to deliver on that, and we will be announcing some exciting news on that front in the very near future.”

Wheels is not the first micromobility startup to pause operations during this pandemic. Yesterday, Lime paused its operations in a handful of markets, citing concerns about the coronavirus. Spin, on the other hand, has decided to keep operating because it sees its vehicles as a way to help people run their essential errands during San Francisco’s shelter-in-place order.

Wheels landed on its decision after coming to terms with the fact that while many riders said they prefer Wheels over public transportation or ride-sharing, it was important to protect its field team and “do everything we can to limit the spread of the virus,” the company said. Additionally, Wheels said it was concerned some riders weren’t using the vehicles for essential purposes.

At the end of the month, Wheels plans to revisit its decision and see what the next best steps are. In the meantime, Wheels will no longer be operating in  Los Angeles, San Diego, Miami, Orlando, Tallahassee, Dallas, Austin, Atlanta, Cleveland, Salt Lake City, Scottsdale, Tempe, Stockholm, Madrid, and Basel.