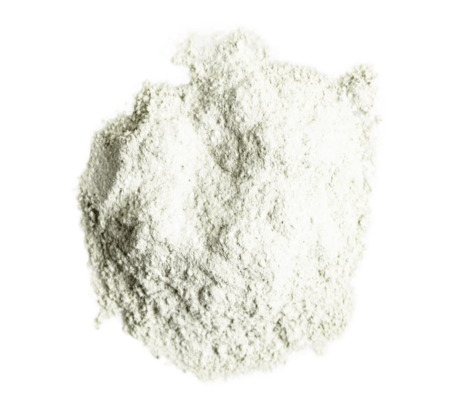 Venture capitalists have raised record-breaking funds in recent years, but that doesn’t always mean the money is there for them when they want it. In extreme downturns, limited partners or LPs — the people and institutions that promise capital to venture capital firms, and then wire it when the VCs need it for their startups — have little choice but to answer the phone less. The alternative is to sell others of their positions — including in publicly traded stocks —  at a steep loss, and they’d really prefer not to do that.

“The public markets end up being the ATM for the illiquid stuff,” says Chris Douvos of Ahoy Capital, an LP who has backed such firms as First Round, Data Collective, and True Ventures. When the markets are in free fall as now, the collective reaction of asset managers, he says, is: “Holy smokes, this kind of sucks.”

What happens next depends on how sustained and deep this downturn proves, but LPs seem to agree that the the industry could be in for a reckoning this time that’s beyond their control. They have little choice but to get practical fast.

Already, newer managers are seeing LP interest dissipate before their eyes. Though Douvos says he doesn’t “think we’re there yet,” he also shares the story of a fund manager who has been struggling to close a $50 million fund and on whose behalf Douvos has been “pinging a bunch of my LP friends. The response I’m getting is, ‘We’e not investing in new relationships right now. We’re not even investing the time.’”

Joanna Rupp is a managing director at the University of Chicago’s Office of Investments, which has stakes in many smaller venture managers with whom it has strong relationships, including Pear in Palo Alto. She echoes what Douvos is seeing, explaining that, “Everyone who is currently in our pipeline and who we committed to invest in three weeks ago, I’m still investing with them.” But given the financial gut punch the economy has taken, “some [new managers] who we wanted to build relationships with and who could be interesting to invest with, I now don’t have the capacity to add them.”

Perhaps more relevant to the broader startup industry is that — absent a quick economic rebound — older relationships could also start to receive the cold shoulder. The end result would mean fewer dollars for the venture firms that have already closed their funds, and less capital for startups that might need it.

“At some point,” says Douvos, fear and uncertainty starts to “creep into your existing portfolio, and you start doing portfolio triage, and you’re like, ‘Wait, I have 24 venture managers and I’ve got to cut somewhere.” The questions begged are: “Do I make smaller commitments to each of them? Do I start saying sayonara to the bottom third?”

It’s precisely the scenario that played out exactly 20 years ago, when following the dot-com boom and bust, limited partners — from pension funds to charitable foundations to school endowments — saw their overall assets shrink, forcing venture managers to whom they’d committed capital to slow their investments.

Some venture firms were eventually forced to shut down. Others had to downsize their ambitions. Accel, for example, not only reduced a $1.4 billion fund it had raised at the time, but its partnership actually cut back the fund twice, in both 2002 and 2003, releasing some of its backers from their obligations.

Certainly, many of today’s circumstances feel familiar to those who’ve awaited some kind of a correction (one more dramatic than the 2008 financial crisis, which hit Wall Street far harder than Silicon Valley). With record amounts of venture capital raised, a market peak, then sudden plunge, the moment feels very much like it did in the spring of 2000 when the high-flying market, rife with young internet companies, abruptly nose-dived, wiping out thousands of startups — and hundreds of venture firms — over the following three years.

At least some lessons were learned in the aftermath of that earlier crash. For one thing, says Rupp, in these “unprecedented times, people will show their character. You get a sense of who people are and how they think about the world, and GPs need to be really mindful of that and how supportive they are in communicating with their portfolio companies.”

Rupp also suggests that LPs, like savvy VCs, can sometimes use downturns as a way to ease out of some positions and double down on others. Even faced with possible budget cuts, says Rupp, “Some folks we wouldn’t cut back, while you hope you might get additional allocation as other LPs become more conservative.”

Elizabeth “Beezer” Clarkson, who has led Sapphire Partners investments in numerous venture firms, further posits that companies might realize now that IPO “windows aren’t opened forever.” While a generation of startups has subscribed to the notion that should stay private as long as possible — earning the patience of early investors and employees by overseeing smaller secondary share sales — many could have made their employees, venture investors, and the industry’s limited partner more had they moved faster to go public.

“Can everyone be made a millionaire off secondaries?” Clarkson says. “It must be harder.”

Of course, much remains to be seen. Coronavirus vaccines are being researched around the world, and should something work soon, economies around the globe could spring back. In the meantime, VCs, who’ve raised bigger funds faster than ever in recent years, might want to give their LPs a break right now, especially as these investors get whipsawed.

Says Douvos of the current atmosphere, “Everybody believes that, ‘Oh my gosh, all of a sudden, entrepreneurs are willing to accept term sheets at like 10% less,’ The [VCs] see this as a value.

“What they don’t realize is that [right now], there’s so much more value out in the rest of the world,” he continues. “All things being equal, you’d rather buy a public stock that you can buy on sale and get out of when it runs up again than a private company that you have to hold for eight or nine years.”