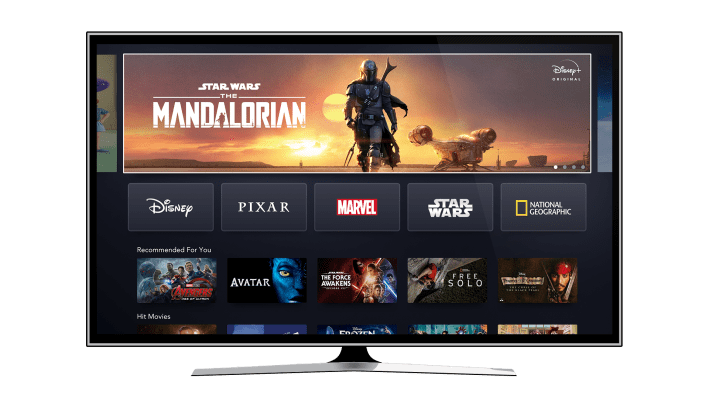 Disney+, the streaming service from the Walt Disney Company, has been rapidly ramping up in the last several weeks. But while some of that expansion has seen some hiccups, other regions are basically on track. Today, as expected, Disney announced that it is officially launching in the UK, Ireland, Germany, Italy, Spain, Austria, and Switzerland; it also reconfirmed the delayed debut in France will be coming online on April 7.

Seven is the operative number here, it seems: it’s the largest multi-country launch so far for the service.

“Launching in seven markets simultaneously marks a new milestone for Disney+,“ said Kevin Mayer, Chairman of Walt Disney Direct-to-Consumer & International, in a statement. “As the streaming home for Disney, Marvel, Pixar, Star Wars, and National Geographic, Disney+ delivers high-quality, optimistic storytelling that fans expect from our brands, now available broadly, conveniently, and permanently on Disney+. We humbly hope that this service can bring some much-needed moments of respite for families during these difficult times.”

The service being rolled out will feature 26 Disney+ Originals plus an “extensive collection” of titles (some 500 films, 26 exclusive original movies and series and thousands of TV episodes to start with) from Disney, Pixar, Marvel, Star Wars, National Geographic, and other content producers owned by the entertainment giant, in what has been one of the boldest moves yet from a content company to go head-to-head with OTT streaming services like Netflix, Amazon and Apple.

The expansion of Disney+ has been caught a bit in the crossfire of world events. The new service is launching at what has become an unprecedented time for streaming: because of the coronavirus pandemic, a lot of of the world is being told to stay home.

That means huge demand for new services to entertain and distract people who are now sheltering in place. But it has also been putting a huge strain on broadband networks, and to be a responsible streamer (and to make sure quality is not too impacted), Disney confirmed (as it previously said it would) it would be launching the service with “lower overall bandwidth utilization by at least 25%.

Titles in the mix debuting today include “The Mandalorian” live-action Star Wars series; a live-action “Lady and the Tramp,” “High School Musical: The Musical: The Series,”; “The World According to Jeff Goldblum” docuseries from National Geographic; “Marvel’s Hero Project,” which celebrates extraordinary kids making a difference in their communities; “Encore!,” executive produced by the multi-talented Kristen Bell; “The Imagineering Story” a 6-part documentary from Emmy and Academy Award-nominated filmmaker Leslie Iwerks and animated short film collections “SparkShorts” and “Forky Asks A Question” from Pixar Animation Studios.

Some 600 episodes of “The Simpsons” is also included (with the latest season 31 coming later this year).

With entire households now being told to stay together and stay inside, we’re seeing a huge amount of pressure being put on to broadband networks and a true test of the multiscreen approach that streaming services have been building over the years. In this case, you can use all the usuals: mobile phones, streaming media players, smart TVs and gaming consoles to watch the Disney+ service (including Amazon devices, Apple devices, Google devices, LG Smart TVs with webOS, Microsoft’s Xbox Ones, Roku, Samsung Smart TVs and Sony / Sony Interactive Entertainment, with the ability to use four concurrent streams per subscription, or up to 10 devices with unlimited downloads. As you would expect, there is also the ability to set up parental controls and individual profiles.

Carriers with paid-TV services that are also on board so far include Deutsche Telekom, O2 in the UK, Telefonica in Spain, TIM in Italy and Canal+ in France when the country comes online. No BT in the UK, which is too bad for me (sniff). Sky and NOW TV are also on board.